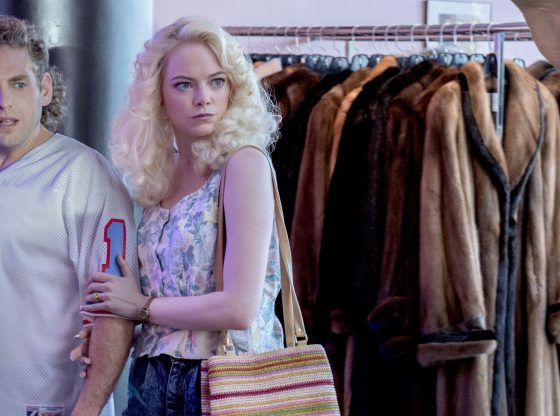 We’ve heard you, John Landgraf… there sure is a lot of TV these days. It sometimes feels like analysis paralysis is all but inevitable. Yet Playback’s talented collection of scholarly writers has actually managed to watch quite a bit of television this past calendar year. In this week’s five part TV Round-Up series, they try to make sense of it. Today, Anthony Twarog, Matt St. John, Leah Steuer, and JJ Bersch consider a few recent additions to Netflix’s streaming catalogue. The Haunting of Hill House

What does the span of a season offer the horror genre? In blockbuster series like American Horror Story and The Walking Dead, characters grapple with near-constant threats, knowing that dangers wait behind closed doors but not knowing what they are. As a consequence, their seasons pile trauma after trauma on characters who learn, in terrible and compelling ways, how to survive and how to cope with life in a waking nightmare. But The Haunting of Hill House is about characters living in a nightmare who struggle, in strange and sometimes inspirational ways, simply to face that terrible fact. For some, it takes a rainy summer. For most, it takes years. More than its elegantly split timelines, or its well-balanced and ever-shifting protagonists, or a shaggy Timothy Hutton, The Haunting of Hill House stakes its claim as one of the best new series (full stop) by using the span of a season to breathe paranoia back into horror––the closed door behind which waits perhaps nothing but against which characters question, in the moment and again the next day and in the middle of the night a decade later, whether the terrors they imagine when it’s dark are really as irrational as they seem when the lights come back on. — Anthony Twarog Often hailed as an influential entry in the true crime documentary genre, Jean-Xavier de Lestrade’s The Staircase follows the trials of North Carolina novelist Michael Peterson, who was accused of murdering his wife in 2001. When Netflix added the series in June, it included the ten previously released episodes as well as three new episodes, and promotion for the series positioned it as the latest in a line of true crime hits for the streaming service. Describing it as a Netflix original “from the home of Making a Murderer and The Keepers,” the trailer calls it a “story over 15 years in the making” with “a new twist with every step.” While the story is indeed full of surprises, it’s somewhat misleading to call them new, as many of the twists were common knowledge to viewers who watched ten of the episodes when the series was originally released.

The first eight episodes of The Staircase originally premiered in the United States on the Sundance Channel in 2004, which showed the next two-episode update as The Staircase II: The Last Chance in 2013. Although Netflix’s release of the series technically includes three separate productions, with the 2004, 2013, and 2018 episodes, The Staircase is listed as a single season with the same introduction for every episode. The multi-year gaps occurring after episodes 8 and 10 are clear in the story, but the single-season organization and shared introductions conceal the multiple productions involved in the release. The availability of the series is undoubtedly a notable development for fans of true crime documentaries. But in a sly twist of its own, Netflix obscures The Staircase’s history (and its influence on recent successes) by presenting it as a singular, new production. — Matt St. John Where were you on Maniac weekend? During those three days in September 2018 after the series dropped in its entirety on Netflix, I spent most of my time bingeing it (and, if you’re a future employer, totally staying on top of my courseload). There was no reason for me to binge this show. Towards its leads Jonah Hill and Emma Stone I feel lukewarm at best, and while watching, I found Maniac’s multiperspectivity confusing, particularly as its surreal and mitotic narrative switched between reality, fantasy, nightmare, past and present. But it is also exquisitely spellbinding, particularly in the way it mines its complex concept (two troubled strangers link subconscious minds during a pharmaceutical trial) for simple human truths about grief and companionship. The retrofuturist aesthetic, high weirdness, and offbeat (almost awkward) script bring Philip K. Dick’s cyberpunk visions to mind, and there’s a palpable delight to Justin Theroux’s and Sally Field’s highly affected, memorable performances. Though the episodes are unevenly paced, each builds the show’s addictive quality; as the characters repeatedly tune in to the stories of their lives, reworking and reinterpreting them, the show takes on the very apparatus of spectatorship. Even during its missteps, Maniac remains vivid and compelling –– perhaps dangerous to consume in one sitting, but too interesting to resist. — Leah Steuer “Jeopardy is the most quickly degrading commodity on earth,” writes Twitter user @hexprax. “The moment after an episode airs it becomes immediately repulsive… inspiring in one only the sensation of touching a cold body. No–no longer a body. A corpse. To watch it on Netflix is the sign of a sick individual.”

Judging by the episode packages currently available on streaming services, the producers of the long-running quiz show might agree. When the notoriously streaming-averse Jeopardy! finally surfaced for bingeing earlier this year, first on Hulu and then on Netflix, it appeared in a form alien to many regular viewers — aside from Matt Jackson’s 13-episode 2015 run and a smattering of other “regular” episodes, the majority of Jeopardy!’s streaming episodes are made up of special competitions: the 2013, 2014, and 2015 Tournaments of Champions and 2014’s Battle of the Decades. This means the program loses some of the charms of its regular broadcasts — the relatively low stakes, the perpetual shots at win streaks, the constantly rotating lineup of humans who have never told a story to another human in their lives but know quite a bit about Ancient Mesopotamia. But the chosen tournaments, which feature famous contestants like Ken Jennings, Brad Rutter, Julia Collins, and Arthur Chu, benefit from their newfound bingeability — never have we been given a better chance to get inside the mind of a Jeopardy! champion. I’ve become particularly obsessed with Colby Burnett, a Chicago-area teacher with a heart of gold, a slanted spine, and one thousand ill-fitting suits. He is a hero.

Yet this selection is naturally a bit disappointing: contestants occasionally break through, but Jeopardy! has and likely always will be primarily about the pleasure that well-written-and-curated trivia can provide. Part, too, of Jeopardy!’s allure has always lied in how quickly Alex Trebek doles out the answers. This means the new compounding force of watching back-to-back-to-back episodes of the fast-paced program is often as addictive as it is sickening. I fear that a more comprehensive streaming catalogue of Jeopardy! episodes would prevent me from ever watching (or doing) anything else, much to the disgust of hexprax –– and probably of Alex Trebek. –– JJ Bersch