Martin Scorsese, Marvel, and the Persistence of Auteurism

Home /Text/Martin Scorsese, Marvel, and the Persistence of Auteurism 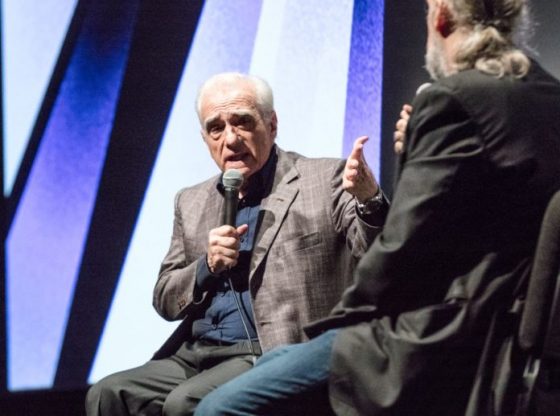 Earlier this week, Martin Scorsese elaborated on comments he made in October about Marvel films and the contemporary film industry. In the prime op-ed real estate of The New York Times, Scorsese defended his view of cinema as an “art form,” lamented the decline of independent theaters, and derided franchise filmmaking today as “market-researched, audience-tested, vetted, modified, revetted and remodified” “products manufactured for immediate consumption.” Though he makes convincing points about market structure (“If people are given only one kind of thing and endlessly sold only one kind of thing, of course they’re going to want more of that one kind of thing.”), Scorsese’s essay does not stand up to scrutiny as a work of rigorous film history or political economy. Instead, he is upfront about how his “personal taste and temperament” informs his underlying conclusions. Though the word goes unmentioned, Scorsese wrote a fundamentally auteurist polemic.

“Auteur,” “auteurism,” and “auteur theory”—these are terms for cinephiles, not film and media scholars, today. This opposition to auteurism amounts to a correction, of sorts, to a Great Man version of film history. In film studies, David Bordwell has long advanced a “historical poetics” approach, which charts the development of formal strategies employed by filmmakers, of various titles and cachet, working in a mode of production such as Hollywood. At the nexus point of media and cultural studies, myriad counter-approaches to auteurism have formed. Reception-oriented scholars might examine vernacular meaning-making as practiced by fans of a popular television show, noting how their readings may diverge from critical consensus or authorial intent. John Caldwell’s “production cultures” paradigm represents perhaps the most acute intervention yet on auteur-centered film histories. An invaluable book like Erin Hill’s Never Done: A History of Women’s Work in Media Production (2016) elevates a below-the-line laborer like Peggy Robertson, Alfred Hitchcock’s secretary, into the historical record, and thus into the (long male-only) realm of creative agency.

These scholarly approaches and more paint a more truthful, complicated, and fascinating portrait of how creative processes actually work in the media industry, and they all debunk myths in the process. What they do not supplant, however, what scholarship has so far been unable to touch is the most enduring and culturally pervasive function of auteurism: as an attributing mode of taste, and indeed as a taste in and of itself.

For all his talk about “revelation, mystery [and] genuine emotional danger,” Scorsese isolates the essential quality that distinguishes his notion of “cinema” over mere “audiovisual entertainment”: “the unifying vision of an individual artist.”* This cinema/not cinema dichotomy may be crude, prescriptive, and subjective, but the grounds for such a distinction are not unsubstantiated. The film director has assumed a privileged position thanks to a mix of material, discursive, and aesthetic conditions; scholars have routinely unpacked the first two of these conditions while neglecting the third. Aesthetics may seem the domain of impressionist film critics, who of course have been prone to over-exaggeration since auteurism’s inception (François Truffaut infamously dismissed just about all postwar French cinema as less interesting than “the worst film by [auteur] Jean Renoir.”). While Scorsese risks reifying these mutually exclusive categories, his cinema/not cinema divide reflects a historical taste culture, its prescribed aesthetic, and its author-driven film canon—which, it should be noted, Scorsese has helped diversify through efforts like the World Cinema Project.

What some hostile responses to Scorsese’s essay have overlooked is his advocacy for a “unifying vision,” in two senses: aesthetic integrity within a film, and salient affinities across a corpus of films. American auteurist Andrew Sarris formulated this integrity as a question of a film’s form, visual style, and thematic preoccupations, which he claimed were determined by the director.** Subsequent criticism and scholarship has been wise to nuance this determination, granting agency to cinematographers, actors, and other players. Producer-executives have occasionally factored into these assessments, sometimes as the unifying glue (David O. Selznick’s Gone With the Wind being the classic example) but more often as a negative force, hindering creativity. Like any dyed-in-the-wool auteurist, Scorsese casts the classical Hollywood-era dynamic between filmmaker and executive as a “productive tension.” This auteurist party line is a vague and specious historical claim, but auteurism has persisted not because it is good history. It has persisted because it champions artists working under capitalism, and because those artists have produced work that cinephiles and casual moviegoers both love.

So, are Marvel movies as artistically barren as Scorsese claims? Are not they just genre films, like the auteurist staples by Hitchcock, André De Toth, and Budd Boetticher? For the record, I know more than a couple of hardcore auteurists who genuinely love some Marvel films, Joss Whedon’s Avengers titles especially. I will vouch for Thor: Ragnarok, an unusually silly, colorful, and queer franchise film distinguished by Taika Waititi’s personality. These are all aesthetic preferences, issues of taste. Like all auteurist polemics, however, Scorsese’s premise smuggles in a stance toward political economy, unsystematic it may be. In his scenario, the villain (and auteurism has long cast heroes besides villains) would probably be—beyond Disney CEO Bob Iger or Disney as a whole—Kevin Feige, Marvel Studios president and producer of every Marvel Cinematic Universe film. By any industrial metric, Feige is the auteur of the MCU, having devised the franchise, mapped out its broad narrative strokes, and hired its directors and other key personnel. Yet for Scorsese, this franchised overdetermination is symptomatic of the industry’s “gradual but steady elimination of risk.” While Waititi, Whedon, or some other director can lend their signature to individual entries, the vast industrial apparatus grown by the MCU disincentivizes personal expression. This is not merely a matter of directorial style: LA Weekly’s Angelica Jade Bastien and The New Yorker’s Stephen Metcalf have both written about how superheroes have contributed to the dimming of movie stars, as we once understood them. The Marvel Cinematic Universe’s intertextual, transmedia mode of serialized narrative does not accord with either the auteurist aesthetic or other, older modes of film appreciation and identification.

For film and media scholars, Scorsese’s essay should serve as a clarion call that auteurism is still with us, as a dominant framework for aesthetic judgment. Should advances in auteurist-critical historiography be met with complementary gains in aesthetic theory? As curious I am about such efforts, I doubt they would find critical purchase. For many reasons, from historical precedent to cognitive limitations, the mind seeks to attribute authorship when faced with an art work, whether it be deemed good or bad. That this author, in the case of film, has for so long exclusively been the director means academics have a double duty: to expand our historical understanding of cinema while still keeping tabs on how cinema is widely defined, valued, and cherished.

* Filmmaker and auteurist theorist Dan Sallitt has stated Scorsese’s thesis another way: “The criterion I’m interested in here is not quality or freedom, but coherence.”