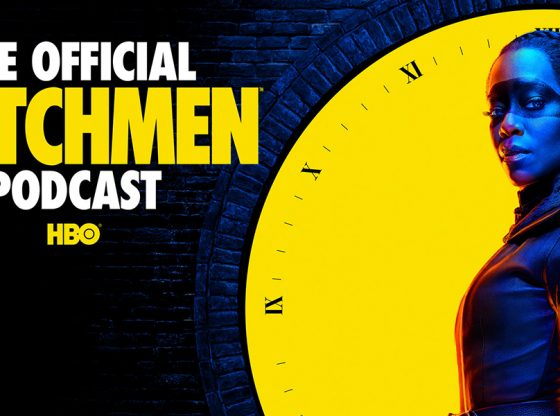 HBO’s promotion of the new series Watchmen, which premiered on October 20, features an array of strategies and media objects, from the commonplace to the complex. A continuation of Alan Moore and Dave Gibbons’ sprawling 1987 graphic novel (and treatise on the idea of superheroes), HBO’s Watchmen also recalls other complex, mystery-filled shows by Damen Lindelof, the creator, co-writer, and executive producer of the series. Like Lindelof’s Lost, Watchmen offers supplementary materials for fans, such as a tie-in website with diegetic memos and reports that tease viewers with further details and explanations for some of the perpetually perplexing events in the series. Other promotional efforts for Watchmen suggest contemporary trends in building awareness and creating network-sanctioned discourse about their productions, most notably HBO’s podcast for the series.

Launched after the third episode on November 3, The Official Watchmen Podcast features Lindelof in conversation with host Craig Mazin, the creator, writer, and executive producer of HBO’s acclaimed 2019 limited series Chernobyl. Mazin recorded a similar official podcast with Peter Sagal for every episode of Chernobyl, but each installment of the Watchmen podcast covers three episodes of the new series. Responding to surprises and unresolved plot threads, Mazin bounces ideas and theories off Lindelof, who remains tight-lipped about future directions of the story. But Lindelof extensively explains the motives for key topics and themes, just as Mazin did for the Chernobyl podcast.

One of the primary themes discussed in the first Watchmen podcast is the role of race in the series. Lindelof’s show does not focus solely on historical events like Chernobyl, but it begins with a sequence portraying the 1921 massacre of the black community in Tulsa, Oklahoma. This introduction signals Watchmen’s dedication to incorporating aspects of historical reality even in a superhero story, like the original text, as well as its thematic investment in racism in the United States. In the first episode of the podcast, Lindelof and Mazin discuss the reasons for the show’s focus on race and racism, which Lindelof ties to his observation of events like the 2017 white supremacist violence in Charlottesville and his exposure to Ta-Nehisi Coates’ writing. He recounts that he only agreed to work on the show after he realized it could become a story about race in America. He and Mazin also later discuss the show’s suggestions about media representation of race, although they have not yet addressed the relationship between race and policing that the show involves through the protagonist Angela Abar, a black woman and police officer turned vigilante played by Regina King.

Through these conversations about race in Watchmen, HBO’s podcast fits within a larger, strategic deployment of authorial discourse that appeared in the Chernobyl podcast and other official aftershows. Lindelof and Mazin address additional subjects in the first episode of the Watchmen podcast, like the relationship between the original graphic novel and the new show, but the discussion of race directly engages with one of the riskier elements of the series that has generated strong reactions from various perspectives. Lindelof explains his motivations and goals at length, and while his comments do not feel blatantly defensive, this discussion highlights one apparent purpose of this podcast, and many others like it, as a way for creators to justify their choices to viewers through an avenue afforded by the production company.

Despite the official nature of the podcast, it also adopts elements of fan-made aftershows, with recurring segments like the “game” Mazin has called “What the hell is going on with Adrian Veidt?” Complete with a kitschy sound effect, this question refers to one of the show’s more mysterious characters, who seems disconnected from the other storylines through the majority of the season. Mazin repeatedly reacts to the show like a fan, offering the praise and confusion often heard in such aftershow podcasts (with a notable lack of the complaints they also frequently include). By using Mazin, who was not involved with the production of the series, as the host, the podcast creates a network-approved opportunity for “fan” engagement with Lindelof, although the fan in this case remains part of the industry and has experienced substantial success working with the same network.

Official podcasts, like HBO’s productions for Watchmen and Chernobyl and Netflix’s podcast for The Crown, are one promotional tool among many, but they offer companies an opportunity that other tools may not. HBO’s Official Watchmen Podcast merges a media format often used by fans with the central presence and perspective of one of the show’s key creative figures. It gives Lindelof a chance to answer the questions that other fans might have, while also contextualizing his choices. These official podcasts attempt to direct the discourse around a series in a way that appears conversational, casual, and not nearly as corporate as traditional promotional materials. A company seeking to foreground authorial perspectives in the guise of officially-produced fandom is nothing new, of course, but the recent spate of official aftershow podcasts suggests their potential value as paratexts, with HBO employing them to confront and explain choices that could generate controversy in a format that they control.

To Be or Not To Be—Hamlet on Film, Stage, and Filmed Stage
Filmies React! Episode 101—Last Christmas, We Gave You Our Podcast