The Signs as Cultural Theorists 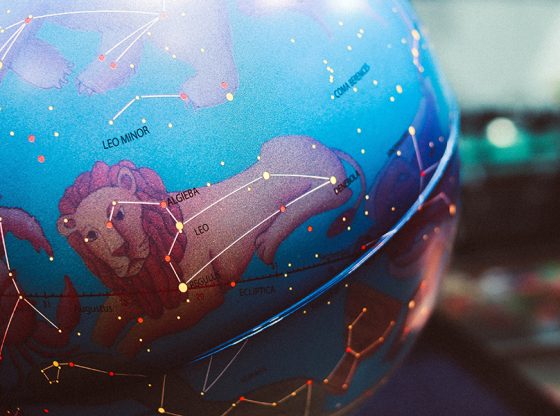 A brief note: this article is a categorization of the theoretical work of these theorists, not of the theorists themselves. We might think of it as a reflection of their Mercury sign, thought to be the planet that rules intellect and communication. I did not do a thorough chart placement for each theorist, though stay tuned for when I ask Ian Bogost for his time of birth on Twitter. Just like Bogost, a typical Aries loves to be right, but they love to be right even more if what they said is controversial. A long-time games scholar and object-oriented ontologist, Bogost might be known for his more scorching and slightly curmudgeonly takes on The Atlantic, including “Video Games are Better Without Characters,” “Video Games Are Better Without Stories,” and what may be the only negatively-tinged piece on Untitled Goose Game. Taurus is a resilient and dependable sign, and no film scholar is as resilient as David Bordwell. Author of the Film 101 staple textbook Film Art, Bordwell is known for his no-nonsense formalist approach to film studies but is also a grounded historian. Still, the aesthete Taurus should feel right at home with analyses of mise-en-scene and lighting. One of the foundational figures in Cultural Studies, Hall is remarkable for his ability to write in high theory and toward a more general audience, a duality matched by Gemini. Hall’s imaginative and intelligent scholarship also has a certain anxiety which is a Gemini trademark. Cancers may be pigeonholed as sad, but their ability to fully embody all emotions resonates with Ahmed’s scholarship on affect, including righteous anger, joy (and the killing of joy), and melancholy. Work like On Being Included pushes past diversity lipservice in favor of an empathetic understanding of the effects of discourses of diversity on those who must actually carry it out. Who better to embody Leo’s theatricality than performance studies scholar José Esteban Muñoz? He understands through disidentification that the artifice of performance in many ways elucidates the complicated truths surrounding hegemonic systems. Plus, Muñoz’s view of queerness as a utopia on the horizon rather than something already in the present resonates with Leo’s optimism, and his use of the more quotidian parts of fellow Leo Andy Warhol’s work in that book seals the deal. Spivak literally learned French by translating Jacques Derrida, and somehow in the process set a standard for transparency and self-reflexivity in translation. If that doesn’t scream Virgo’s methodical work ethic, then I don’t know what does. Strategic essentialism, while a complicated topic to be sure, does speak to the practical Virgo’s need to place reality before fantasy. Everyone in fan studies loves to cite Henry Jenkins, whether in celebration or criticism, attesting to a Libra-esque charisma. His approach to fans takes a balanced, if not idealistic, approach to transformative fandom and participatory culture. And Libra’s romantic side is fed by Jenkins’ appreciation of the finer aspects of fanfiction. Lorde’s oppositional take to traditional feminist academia (if there is such a thing) through radical love and the reevaluation of systems of knowledge is big Scorpio energy. Her work touches on the sexual, the intuitive, and the emotional that hide in every water sign but especially in Scorpio. She exemplifies this balancing act through her dual roles as a poet and a theorist. Sagittarius loves to travel, and nobody loves to travel between and around different concepts like Foucault. Known for having a high intelligence which sometimes gets obscured by their assertive attitudes, Sagittarius should gel with Foucault’s highly theoretical yet simultaneously blunt style. Both exemplify versatility and a risk-taking spirit which can get them into trouble. Who but an Aquarius could give us such left-field ideas as cyborg feminism and post-humanism, not to mention such diverging interests as a PhD in Biology married with critical theory. Her joining of seemingly incongruous frameworks of knowledge speaks to an Aquarian resourcefulness and ability to think outside of the box, and an Aquarius revolutionary spirit explains her socialism-forward approach to feminism. Tinsley’s merging of the spiritual and the theoretical is the perfect match for Pisces’ intuitive nature. Also like a Pisces, she may not always be transparent but exudes emotional delicacy and focus on the bigger picture. Her love of the use of water as a metaphor also resonates.