Empowering while being Exploited? Exploring the Struggles of Hollywood’s Overseas Labor

Home /Text/Empowering while being Exploited? Exploring the Struggles of Hollywood’s Overseas Labor 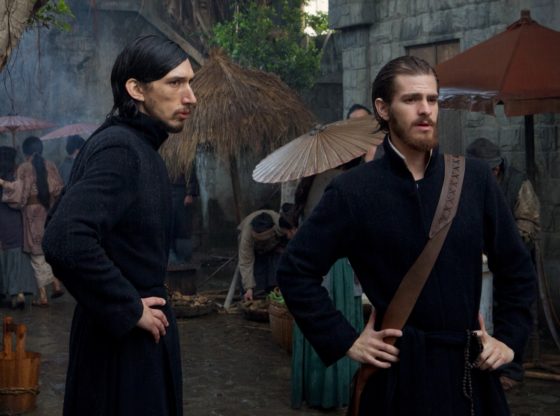 While Martin Scorsese’s Silence (2016) was not a big box office hit in the United States, the film certainly created a buzz in Taiwan when the film was released there last year. In fact, Silence has caught Taiwanese people’s attention since Scorsese visited Taiwan for location scouting four years ago. After the crew started to shoot the film in Taiwan, the film and crew members were constantly followed and updated by Taiwanese news media.

However, when more and more information about Silence was revealed, people started to be curious about why the film, a story taking place in the seventeenth-century Japan, was shot in Taiwan. Media and critics provided a variety of possible answers, but perhaps the one from the producer, Irwin Winkler, could be considered the most straightforward. As Winkler told The Hollywood Reporter, “[Silence] was very, very expensive, and it was budgeted, because it takes place in 1670 in Japan. We got lucky and found out about Taipei, and in and around Taipei and Taiwan, we found great, great locations. The prices were very cheap, and we were able to make it for a price. And all the actors, Liam Neeson, Adam Driver, everybody worked for scale. Marty worked for scale, I worked for under scale. [LAUGHS] We gave back money.”[i]

Cheap labor was one of the key components of the low production costs in Taiwan that Winkler referred to. Unlike Life of Pi (2012) and Lucy (2014), which were also filmed in Taiwan yet the majority of their crew were from overseas, the production team of Silence recruited more than 350 Taiwanese to support its filming process and 3000 Taiwanese as background actors.[ii] According to Lucifer Chu, a Taiwanese critic, the increasing number of local recruitment helped the production of Silence save at least millions of dollars, compared to the production of Life of Pi.[iii]

Hollywood’s utilization of cheap overseas labor to reduce its production costs is not something new and has become one of the key concerns among media scholars. For example, in their book, Global Hollywood 2, Toby Miller et al. (2005) address that, through relocating its production sites to overseas, Hollywood has led to the “new international division of cultural labor” and exploited labor and resources of these locations. However, most of their discussion about Hollywood’s exploitation of overseas labor focus on issues at macro levels such as Hollywood’s strategies or capital flows. To what extent are overseas workers, particularly below-the-line crews, aware of Hollywood’s exploitation? Furthermore, how do the workers position themselves when contributing their labor to Hollywood?

While being unable to answer the questions comprehensively, an interview with a Taiwanese working in the production team of Silence reveals some meaningful ways to explore these questions. Posting on Crossing, an online opinion platform, the interview focuses on an interviewee’s working condition and experience in the costume department.[iv] Working for Hollywood for the first time, the interviewee was excited about the opportunity for working with the world’s famous team and thus was diligent in her work. However, she became exhausted as her working hours became longer and longer but did not get a reasonable increase in pay. She found the same situation among other local workers and heard that local workers in other departments wanted to quit their jobs collectively. Nevertheless, no one complained or quit the job since they considered working for Hollywood as a prestigious yet rare opportunity in Taiwan.

As revealed in the interview, overseas workers may perceive their relationships with Hollywood in more complex ways than the scholars depict at macro levels. Even being aware of Hollywood’s exploitation, some Taiwanese workers seem to view this temporary exploitation as a potential for empowerment in the long run. As the world’s most powerful media industries, Hollywood’s brand attracts the workers to contribute their labor as well as silences their voices for wages and rights since the brand may increase values of their work experience and further improve their career development. Particularly, in countries like Taiwan which have a small audience, the above-the-line positions are extremely competitive in local film industries. Having below-the-line work experience of well-known film projects has become one of the crucial ways for people pursuing above-the-line positions to gain their credibility in local job markets.

Understanding struggles of overseas workers not only reveals how power operates at micro levels but also offers us a meaningful standpoint to articulate the micro-level perspectives with macro-level concerns. As Miller et al. point out, one of Hollywood’s key ways to strengthen its domination in the world is to reduce its production costs. However, exploring overseas workers experience makes me wonder that Hollywood’s capability to reduce its production costs overseas may also be built upon its long-term domination. Hollywood’s products have been distributed and consumed widely around the world. It seems that the fame of Hollywood’s brand accumulated in transnational distribution and consumption of its products plays an important role in recruiting as well as keeping overseas workers for its projects with tight budgets when Hollywood relocates its production to other countries. To interrogate this process more thoroughly, we will need more fieldwork focusing on the below-the-line workers in these countries.

[i] The Hollywood Reporter,

*All visuals are retrieved from CatchPlay