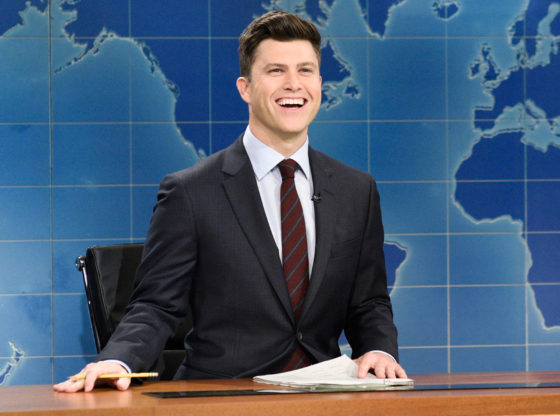 I am a mother-bleeping expert in profanity. Beyond being the daughter of a sailor, I have spent the past decade working as a censor—with my hand literally on the button—for all things patently offensive, profane or too titillating for television. While streaming subscriptions serve free-wheeling, fancy free, unregulated ribaldry in the digital “Wild West” of media content, when it comes to what people can say and what we see on traditional network broadcast television, the standards and practices of yesteryear still apply. But I still lost my sh*t witnessing the surprise West Coast bleeps of Saturday Night Live earlier this year.

A network standards and practices executive, deemed the “conscience of the network” not only oversees daytime and primetime TV, protecting children from indecent material, but must consider their own network and ad-buyer’s standards when reviewing its late-night programming.  The 11:30 PM Live East Coast feed of Saturday Night Live falls within what the Federal Communications Commission has deemed “Safe Harbor,” the hours and broadcasting that fall between 10 PM and 6 AM. During those hours, profanity and indecency are not regulated, providing for 1st Amendment protections and operating under the presumption that most children are not watching broadcast programming during that time period.

From a historical perspective, over its 43 years of broadcast, the use of profanity on SNL has long been discouraged. The often controversial, edgy and topical themes satirizing popular culture and events have been a program hallmark even before NBC’s recent move to broadcast the New York-based show live for Mountain time and West Coast broadcasts. While its content is often, proudly, on the edge of social cadence and customs, the show’s Executive Producer Lorne Michaels has set a standard for the talent to avoid using profanity in the show. Actors, guest stars and musical acts are asked to refrain from profanity or indecent exposure during the live shows, and most comply as the show’s leadership generally benches, fires, or refrains from re-inviting those who can’t contain their potty-mouth. For example, the most recent cast member to be fired for swearing was newcomer Jenny Slate, who uttered the f-word during a skit that she wrote in her debut episode as a series regular on the show. Her contract was not renewed at the end of the season. (i)

In a rare instance of late night television censorship, NBC’s Saturday Night Live January 13th episode included two audio drops of language during its West Coast broadcast. First, the term “shithole” was uttered by series regular Colin Jost during the mock news segment “Weekend Update” as he commented on President Trump’s reported actual use of the term. Jost’s moment came during a segment commenting about Trump’s reported use of the term to refer to African countries. Jost goes on to state that the abbreviated, slightly more family friendly use of “S-hole” was the term “NBC asked us to say,” then fell out of NBC’s Standards & Practices; graces to add, “even though the president can say shithole.” In addition, an f- bomb also aired uncensored on the East Coast feed, with its audio dropped for the West Coast after guest host Sam Rockwell slipped and uttered the expletive during a science teacher skit. Rockwell’s flub of saying “f_cking stupid” appeared to be unscripted as the audience saw him raise his hands to his mouth and the eyes of his two co-actors, Cecily Strong and Mikey Day, widen in surprise, quickly improv-ing to show the shock of children hearing a bad word. (ii)

In March of 2017, celebrating success of its Trump-era political sketch comedies, NBC announced that the show would air live across the country at the same time. “That way, everyone is in on the joke at the same time,” NBC Entertainment chairman Robert Greenblatt said in a statement. (iii) Before the January “sh*thole” incident, outsiders couldn’t quite pin-point how NBC and their broadcast standards team had adjusted their bleeping rules to accommodate the simultaneous East and West Coast feeds; but that night it’s new censorship structure was laid bare.

Since NBC’s new SNL programming decision, the East Coast broadcast of Saturday Night Live appears to remain untouched and uncensored, as it still falls within Safe Harbor but meanwhile, the live broadcasts in earlier time zones, including Mountain and Pacific, there appears to be a few seconds of delay in the programming, allowing the Standards and Practice team to deploy the ever-famous “bleep button” where audio (and presumably video) can be edited to protect the network and its affiliates from FCC fines, complaints and reputational damage. While each broadcast network has its own version of the edit button “bleeping” technology, most were created in the post- Janet Jackson Super Bowl XXXVIII era so that network censors could avoid FCC penalties for indecency and profanity.

Prior to the 2017 decision to air live for West Coast viewers, there are only a few reported instances where SNL utilized a delay button during its live East Coast programming. Despite Lorne Michaels’ urging, NBC executives were hesitant to allow Richard Pryor, known for his racy humor and language, to host Saturday Night Live’s inaugural show in 1975. The solution was to add a five second delay to the broadcast, the first of its kind in network television, which set the standard for how networks continue to handle live television.(iv) Forty-three years later, at least for those innocent early West Coast viewers, the delay button is back.

Having spent over a thousand hours operating the live edit button as a broadcast standards and practices executive over this past decade, I’ll offer that bleeping problematic language or visuals in the short span of seconds is not for the hesitant or faint of heart. The split-second ability to drop audio or video over a problematic or fineable word or image during programming requires quick goaltending reflexes and decision-making. Call it the conscience of the company, the TV coast guard patrolling the edges of Safe Harbor, or a television censor. With millions of eyes, ears—and dollars—on the line with one simple, sneaky “f_ck,” upholding FCC regulations and the mores of society while hovering over a button in a dark room certainly offers room for consideration of what our culture chooses to find offensive and what can fly.

Considering how NBC has remained so vigilant in upholding the federal standards, perhaps the broadcaster could deploy one of its own standards execs to offer some bleeping sensibilities to the U.S. president so that we may all wade in a safer, kinder harbor.

Empowering while being Exploited? Exploring the Struggles of Hollywood’s Overseas Labor
The Boob Tube: Visions of Female Nudity on and Beyond “The Marvelous Mrs. Maisel”