The Boob Tube: Visions of Female Nudity on and Beyond “The Marvelous Mrs. Maisel”

Home /Text/The Boob Tube: Visions of Female Nudity on and Beyond “The Marvelous Mrs. Maisel” 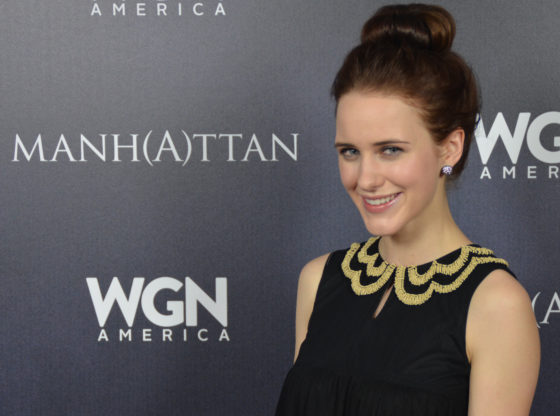 I started The Marvelous Mrs. Maisel pilot with a certain set of expectations. A new Amazon original helmed by Gilmore Girls’ Amy Sherman-Palladino! Give me the snappy script and dazzling period costume design; give me a space to sprawl out with some weird fast-talking women. You think you know Mrs. Maisel till a bombshell instant towards the end of the episode, as Midge (Rachel Brosnahan) performs for the first time; she’s angry, drunk on kosher wine, attention, and her own personal misery. She hits a fever pitch and suddenly, casually exposes her breasts to the audience, and to us. It’s a moment that confronts the intentions of the demure TV period piece and situates Mrs. Maisel in an ongoing conversation about the industrial and textual politics of nudity, especially across streaming networks. I’ll discuss here why I’m compelled by this particular “flash” point, and why the subsequent absence of female nudity throughout the rest of Mrs. Maisel’s first season is significant. I’m also interested in the particular evolution of breast exposure on television – how their appearance has resonated with particular audiences, and the telling textual mechanics of their reveal.

TV auteurs of all persuasions – David Chase, Jill Soloway, Alan Ball, Lena Dunham, Ryan Murphy – have, at times, fashioned the female nipple into a bullseye at which to aim their boldest aesthetic and narrative choices. The naked breast contains multitudes of meaning: a history of censorship in visual media, associations of motherly dependency, a prelude to sexual acts, the veneration and essentialization of femininity. Though certainly female toplessness has a long filmic pedigree, HBO was the first TV network that allowed creators to openly engage with breasts as semiotic shorthand. Their appearance – more specifically, the context of their appearance – carries great analytic significance, from the controversial sexual violence of Game of Thrones, to the vulnerable corpses of Six Feet Under, to the Wild West gutter politics of Deadwood. Think of The Sopranos and its excess of anonymous, blurry background strippers, whose bodies so often frame scenes of toxic masculine exchange. The choice of exposing an actor’s body for stylistic/thematic gain (or simple titillation) has historically been the provenance of the cable showrunner – indeed, Maria San Filippo notes that “female nudity distinguishes cable from network television.” And as the television landscape has diversified over the last 25 years, various shows on Showtime, Starz, FX, etc. have also come to leverage the boob’s textual baggage for their unique purposes (where would American Horror Story’s queer body horror be without it?). In many ways, these networks construct an industrial dialogue that conflates “premium” viewing with the to-be-looked-at-ness of the breast.

The circumstances under which breasts appear telegraph the text’s creative intentions and often genre; they declare a political position on the body and on female agency; they even serve as a kind of network watermark. To this last end, Jane Feuer’s assertion that “quality TV is liberal TV” has interesting implications, as breast exposure has made the turn from association with adult (pornographic) television to adult (mature, sociopolitically progressive) television. Breasts have major power in the ongoing discourse of “quality” in the age of Peak TV. I’m most compelled by how streaming networks such as Amazon, Hulu, and Netflix have engaged that power as they enter this discourse with original content. New approaches to financial gatekeeping, as well as the juxtaposition of shows for all age demographics, has created a fascinating space for auteurs to explore new and different potential for “double exposure.” Netflix’s Sense8, helmed by the Wachowskis, features long-take breasts, trans breasts, outside breasts and inside breasts, aggressively normalizing their appearance in a bid to explore human sexuality outside its simple physical mechanics. Joe Swanberg’s Easy (also Netflix) has a diverse handful of topless scenes in the vein of “normcore consensual.” Amazon’s moments of exposure become calling cards of empowerment for the female showrunners of Transparent, Fleabag, and of course Mrs. Maisel. Hulu’s Harlots and The Handmaid’s Tale center female nudity in stories of womens’ public discipline and private catharsis. Certainly these texts don’t always succeed in showcasing these bodies with respect, clear intent, or a lack of exploitation; they are, however, fascinatingly self-reflexive. Streaming networks increasingly code breasts/nudity as ground zero in their ongoing struggle to reconcile themselves with the historical narrative of network television and its regulation.

To return to Mrs. Maisel, we see these discourses projected onto Brosnahan’s breasts in a few ways. Narratively, the character’s shrugging-off of her nightgown in public serves as a flipping-off of 1950s standards of (wealthy) feminine decorum. We see Midge self-disciplining throughout the episode: removing her makeup after her husband has gone to sleep, dressing herself immaculately in layers of expensive clothing, and carefully de-fanging her own wit in order to elevate her aspiring-comedian husband. The character proudly flashes her own goods to rowdy strangers in a bid to claim the space and to re-claim herself. Mrs. Maisel’s moment also questions what a fun, sassy period piece geared to female viewers is supposed to look like by giving nudity a surprise factor: Midge’s nakedness reminds us that our cartoonishly beautiful lead is also a vulnerable and corporeal being. That surprise, however, is coupled with a reminder that we’re watching Amazon; paying watchers who are familiar with the landscape of this and other streaming networks have come to expect “breasts with a message” and are prepared to read beyond titillation or prurience. Brosnahan never again appears topless throughout the first season of Mrs. Maisel, and the absence of her naked breasts speaks nearly as loudly as their presence. Their exposure in the pilot is so thematically laden that, though we don’t see them again, their meaning haunts the corpus of the text. We are reminded each moment Midge is onscreen that her potent bodily signification of angst, celebration, weakness, power, sensuality, and banality can be exposed at any moment, with the simple pop of a button.