Curtain Calls and Cameras: National Theatre Live Bringing the Stage to a Screen Near You

Home /Text/Curtain Calls and Cameras: National Theatre Live Bringing the Stage to a Screen Near You 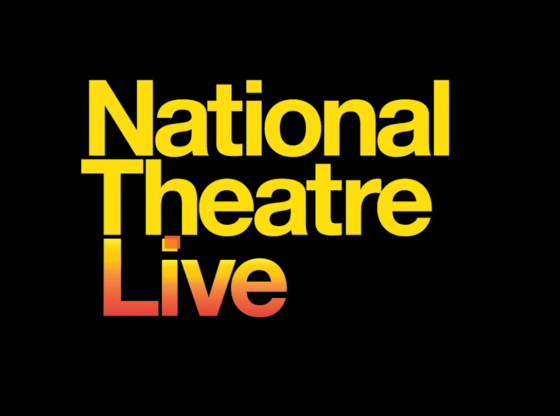 In a 2013 article for the journal Studies in Popular Culture, Lynnette Porter describes the filmed performances of Danny Boyle’s 2011 stage production of Frankenstein as unique creatures in their own right. She suggests that “the popular video recordings of the play live on and may help spawn more hybrid forms of entertainment.” (2)

That we are living in an age of hybridity and cultural/technological/artistic remixing is undeniable. But filming theater for cinematic exhibition is nothing new. The practice can be traced back to the 1960s when a producer named Horace William Sargent Jr. funded the filming and distribution of Richard Burton’s Hamlet, with the contingency that the film prints be destroyed after the agreed upon theatrical run. Nevertheless, one of the prints did survive, and now Burton’s version of the play lives on in DVD form in addition to being easily accessible on YouTube and streamable on Amazon Prime. As the barriers that previously separated theater and film continue to topple, I hope to explore how the cinematic and digital afterlives of theatrical properties might impact how theater is perceived in the 21st century and, importantly, how critics and audiences are re-thinking concepts of the “cinematic” and the “theatrical.”

With the advent of the Metropolitan Opera’s HD broadcasts in 2006 and the Royal National Theatre’s decision to follow in their footsteps three years later, there has been something of a boom in filmed theater in the past ten years. In London, the National Theatre debuted a season of their dramatic plays as live filmed events beginning in 2009 with Phèdre, starring Helen Mirren. These filmed performances, which are broadcast via satellites to nearly 2,000 screens globally, are part of a larger mission taking hold in the theatrical community to democratize a segment of the arts that has long thrived on its exclusivity.

The practice was initiated when the Metropolitan Opera partnered with National CineMedia—an advertising company focused on movie exhibition spaces—to broadcast their season that opened with Julie Taymor’s production of Mozart’s The Magic Flute. In the press release distributed by the Metropolitan Opera, the chief operations and technology officer of CineMedia, Tom Galley, remarked that the broadcast was “a unique opportunity for people to experience world-class opera in their local community, plus the movie theater environment and affordable ticket price make these events something that the entire family can enjoy.” He suggested the target audience for their broadcasts was not only seasoned theater patrons, but perhaps audiences who were unfamiliar or uninitiated, insisting to the public, “if you’ve never had the pleasure of attending a live opera performance before, this is the perfect opportunity to see why this magical art form has captured audiences’ imaginations for generations.” Behind the efforts to get theatrical properties into the cinema was a common refrain that theater in the cinema meant audience expansion. Cinema audiences certainly outstrip theatrical audiences by a large margin, and it seemed in the mid-2000s that theatrical companies were eager to tap into a new and more diverse audience base.

The introduction of cameras into the hallowed theatrical space has typically been viewed with suspicion, even derision. Filmed theater carries with it baggage associated with long, static shots of the stage from a single vantage point intercut with clumsy close-ups of actors hamming it up, pitching their performance for audience members sitting in the nosebleeds. The sweep of writings on these filmed performances (mostly reviews and a small body of scholarly articles) focus on making broad statements about the quality of the broadcast (and the acting) rather than analyzing the cinematic techniques employed in capturing the performances. Those on the pro-side tout the power of filmed theater to democratize the medium with its usually elite audiences as well as to expand educational and research opportunities. A “quasi-study” conducted in the Journal of Cultural Economics addressed concerns that live broadcasts might drive down attendance to the plays. It found instead that digital distribution of theatrical performances seemed to increase the demand for in-person bookings, thus financially benefitting the theatrical company in the long run. On the other side, those against the practice largely cite the inability of film to replicate the experience of physical presence found in theater, which is considered an essential facet of the medium. However, when critic Richard Hornby pronounced he had shifted his stance from anti- to pro-, he lauded the incorporation of more traditionally cinematic camera techniques, like tracking shots and the use of cranes into these filmed broadcasts. He mentioned the two camera rehearsals that the National Theatre completes before the live broadcast, in which the camera director is “allowed to put cameras in the best seats in the house.” (197)

The rhetoric of “the best seat in the house” can be heard again and again by critics and by theatrical companies promoting their broadcasts and, in the case of Globe on Screen, trying to sell DVDs. Both Porter and Hornby highlight expressively cinematic camera techniques that are outside the physical possibilities of what can be experienced by a static, seated theatregoer. Porter describes one instance in the recorded version of Boyle’s Frankenstein when the film abruptly cuts to an overhead shot of the stage rotating. She somewhat unexpectedly calls this an “establishing shot” while acknowledging that this effect “was more jarring than it would be for an audience seated at or above stage level, who could [only] see the organic movement of the stage throughout a scene.”(6) The ability to shift quickly between long shots and close-ups, the excision of parts of the stage and other actors in close-ups of actors, and the use of different camera angles from vantage points unavailable to theatrical audiences all point to a fundamental departure that disrupts the traditional theatrical viewing experience. As many theaters begin to incorporate film cameras and film technology, those lines continue to get fuzzier.

Filmed theater is clearly having a moment. The number of cinemas that screen these broadcasts continue to grow, and the impact of nearly ten years of theater on the big screen can be felt in the shifting attitudes towards cameras being incorporated into a space that previously defined itself in opposition to the cinema screen. For the National Theatre, the shift can also be felt in the types of actors that they choose to showcase in their live broadcasts. While British theater traditionally eschewed stunt casting of big names, more and more movie stars are finding their way into these productions. Just this season, Andrew Garfield and Nathan Lane appeared in the broadcast of Angels in America, and Sienna Miller played Maggie in Cat on a Hot Tin Roof when the play was streamed to cinemas in February. In the coming weeks and months, I hope to explore more iterations of this practice, from the live musicals like Grease and Jesus Christ Superstar appearing on major American networks, to the Globe Theatre’s extensive online catalogue of their plays on Globe Player, to the incorporation of cinema technology into the performances themselves, including most recently, in the National Theatre’s production of Network with American film and television star Bryan Cranston. Back in 2009, Guardian critic Michael Billington predicted that National Theatre Live’s broadcast of Phèdre was “only the beginning of a revolution in making theatre available in ways of which we had never dreamed.” The revolution is now in full swing, the dream is now a reality, and the lines that kept stage and screen separate have effectively been erased.

Trailer for NT Live Cat on a Hot Tin Roof

A Mascot Everyone Can Click On!: Indigenous Digital Activism Against Racist Mascots
Video Essay: The Postmodern Aesthetics of Danmu Comments