A Mascot Everyone Can Click On!: Indigenous Digital Activism Against Racist Mascots

Home /Text/A Mascot Everyone Can Click On!: Indigenous Digital Activism Against Racist Mascots 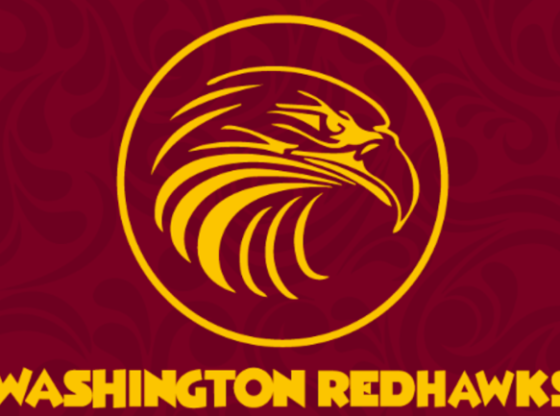 Native American activists fighting against racist mascots often have their work cut out for them. They struggle to keep the issue in the public consciousness and to carry out demands for major sports teams to change their names and mascots through protest and legal action. Increasingly, Native activists are turning to culture jamming in social media and online journalism to generate interest and fuel their ongoing efforts.

Mainstream media coverage and public awareness of efforts to change Native mascots ebbs and flows, making social media a key resource for activists to intervene and take charge of the narratives around this issue. For example, #NotYourMascot, started by the nonprofit organization Change the Mascot, contributed significantly to the visibility of the movements and helped bring about the 2014 cancellation of the Washington Redskin’s federal trademark registration. Despite these major efforts and victories, this controversy has yet to be resolved. As of June 2017, the Justice Department dropped its case against the Washington Redskins.

When many seem to have moved on, the burden falls on independent Indigenous-run news sites and activist organizations to find ways to reclaim our attention and remind us that this problem has not gone away, including culture jamming. Culture jamming is a playful and subversive form of activism started in the 1980s and 1990s that included tactics such as remixing logos and brands, anti-consumerist billboards and other forms of subvertising, and news hoaxes in order to challenge existing power structures and cultural norms. In the digital era, culture jammers also use Facebook, Twitter, and social media as tools to interrupt and intervene in market-driven communication. As Marilyn DeLaure and Moritz Fink (2017) have argued, “At its best, culture jamming is a creative and inventive mode of public engagement: it cultivates critical attitudes toward commercial culture and dominant institutions, and helps foster belief that the world can be different” (p. 25). Though there is a relationship between fake news, satirical news, and culture jamming, they are each distinct practices. While fake news is meant to tells you what to believe, culture jamming encourages you to question your beliefs. Contemporary Native mascot activists’ engagement in culture jamming asks us to question sports teams’ use of racist logos, mainstream news’ erasure of Native struggles, and social media companies’ and users’ investment in virality and analytics.

A notable instance of such culture jamming happened a few months ago. On December 13, 2017, a series of web pages reported that Washington Redskins owner Daniel Snyder had decided to change the team’s name to the Washington Redhawks and replaced the logo with a hawk. These articles were posted on the site WashgintonRedhawks.com and what appeared to be major news sources such as ESPN, Sports Illustrated, The Washington Post, and Bleacher Report with headlines such as “Dan Snyder honors Native Americans, changes team mascot to Washington Redhawks” and “Native Leaders Celebrate a Victory as Washington Football Changes Mascot to the Redhawks.” The articles quickly spread on social media, but within hours news outlets like The Washington Post and USA Today reported that these were fake news stories and the Redskins would not be changing the name. These fake news sites were quickly taken down, though the headlines and broken links still remain on the Washington Redhawks website.

Rising Hearts Coalition published a press release later that day stating, “We are sorry for the disappointment and confusion many will feel learning that Snyder has not changed the name yet. The purpose of this action is to show that the need for a new mascot is real and immediate. This online campaign is one of many direct and confrontational tactics that we as Native people have to use to demand our human dignity.” The sites were created by Indigenous activist group the Rising Hearts Coalition, a Washington, D.C.- based Indigenous human and environmental civil rights organization. Though Rising Hearts leaders asserted that the campaign was a form of culture jamming, “fake news,” “hoax,” and “publicity stunt” were all used to describe it by Twitter users and news sources. This framing reflects some of the challenges with the Redhawks campaign and its specific tactics of creating news content in the midst of conversations around fake news. However, we should be wary of lumping the work of Rising Hearts activists with fake news disseminators, or with other kinds of parody news content. The intention, as Rising Hearts activist Rebecca Nagle later stated, was to disrupt the mainstream narrative about the Redskins issue and promote a vision for future action, not to spread misinformation or to satirize sports news.

In another example of culture jamming, Indian Country Today published an article in November 2015 that highlighted Ojibway artist Mike Ivall’s reworking of the Chicago Blackhawks logo. The article emphasized that the image had gone “viral,” noting that the post had collected “over 15,000 likes, 12,000 shares and had been viewed by approximately 2 million people.” In addition to the original article, Indian Country Today has repeatedly tweeted out links that include an image of the logo, including as recently as May 23, 2017 and August 5, 2017. Indian Country Today’s strategic emphasis on the “virality” of the reconfigured Blackhawks logo in the headline and continued use of the term in each tweet reposting the article can be read as a subtle form of culture jamming. My intent here is not to define what constitutes virality. But the relative invisibility of the Blackhawks logo outside of Indian Country Today’s article and the need to recycle the post are good indicators that it didn’t strictly speaking “go viral.” In this sense, we can see that Native reporters and editors have strategically presented the reworked Blackhawks logo as viral content. By equating shares of the Blackhawks logo with positive interest or support (as social media engagement analytics often ask us to do), Indian Country Today’s headline implies that the imagined change would be met with high interest and approval. If we view this as culture jamming, we can thus see the potential of this article to challenge the assumption that changing the Blackhawks mascot would be met with disapproval, and the relative silence of this issue in popular discourse even as activists work to fight it. However, it falls short of criticizing the logics behind social media analytics, instead doubling-down on the investment in viral content and shareability on market-driven social media platforms as indicators of public opinion.

Both the Rising Heart Coalition’s Redhawks site and Indian Media Country’s reposting of the Blackhawks logo creatively use culture jamming of racist sports mascots and logos to reveal how easy it would be to change them, and how many would welcome and applaud such changes. These tactics offer a sense of possibility and hope. Yet, the combination of culture jamming with social media and online news practices has much to tell us about the challenges that remain for Indigenous activists and artists in maintaining interest and support for their efforts, and the complex responses to activist culture jamming in the midst of a broader cultural reckoning around fake news.

Binging Blockbusters: The Role of Streaming Services in the Future of Franchised Properties
Curtain Calls and Cameras: National Theatre Live Bringing the Stage to a Screen Near You