“Wii Would Like to Play”: Considering the Relationship Between Console Design and Marketing in the Wii and the Switch

Home /Text/“Wii Would Like to Play”: Considering the Relationship Between Console Design and Marketing in the Wii and the Switch 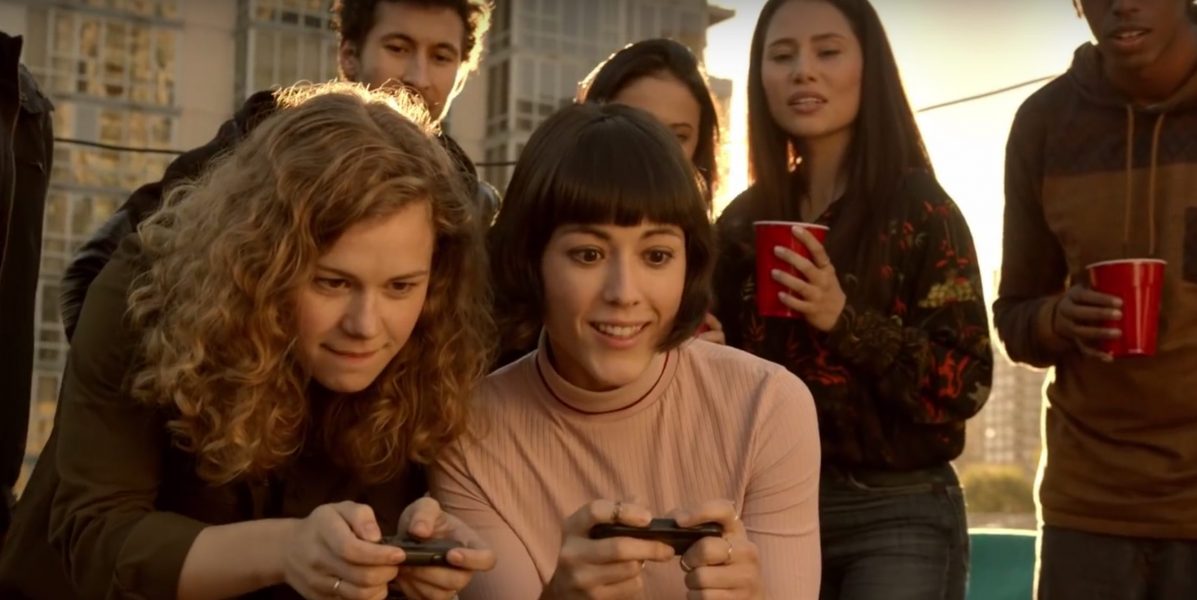 “Wii would like to play” is a slogan from the first series of North American commercials for the new Nintendo console in November 2006. The spots involved two men traveling around the country in a smart car and showing families the new console. That same week, Nintendo released the Wii, a console designed for the support of motion-controlled games. The release was a success; Nintendo sold over 100 million units of the Wii in its 11-year run, making it the second-most popular video game console of all time. Five years later, the company attempted to replicate its success, releasing the Wii U in November 2012. This time, the company’s attempt to market primarily towards families flopped resoundingly; as of March 2017 only 13 million consoles were sold worldwide. But this didn’t stop Nintendo, and in just under four years they began to market a new console, the Switch. Taking lessons from the Wii U specifically to heart, the goal with this new console was to establish through marketing and design a specificity and a novelty that had escaped the previous console (NintendoLife). This change paid off. Less than a year after its release, the Switch had already outsold the Wii U (The Verge).

What can we make from this shift? My argument is that the design of the console itself can be read discursively and, in combination with paratextual materials such as television commercials, help us understand how audiences are imagined and subjectified through gameplay. The design of the Switch brings controller complexity up to other contemporary consoles, but it also reorients the space of gameplay outward from the familial spaces of the Wii and the Wii U. This design, compared to the simplicity and stability of the earlier consoles, encouraged a narrower but perhaps more enthusiastic audience for Nintendo.

George K. Thiruvathukal and Steven E. Jones argue in Codename: Revolution that the Wii was designed in part to mimic the functionality of a television so as to seem familiar to a wide variety of players of every age group and background. The controller of the Wii itself solidified this relationship to television. It was shaped like a remote, and functioned in much the same way—the player pointed at the TV and pressed buttons. This familiar setup, combined with the intuitive motion controls provided by the remote’s accelerometer, and the cursor that resembled a mouse or trackpad on a computer, all connoted accessibility. It also placed the Wii at the center of the home, in the family room.

Nintendo’s initial commercials for the Wii seem to solidify this message. They begin with two ostensibly Japanese business men driving a Smart car across the country with a briefcase, ambushing families and friends to entice them to play with the Wii. The landscape varies between urban, rural, and suburban, but the format is always the same—the two men knock on a group’s door, they all play the Wii together, the group is happy and the men go off on their next adventure. The groups the two men interact with are a white, suburban family with two parents, and children; a family of color with two senior members, a teenager, and a middle-aged woman; a racially-diverse group of twenty-somethings in a high-rise apartment; and two white men on a farm (figure 1). The commercials portray the Wii as a uniting factor across not only age but also class, geography, race, and gender. The end result is clear: the Wii is “for everyone”—as the original ethos Nintendo had for the console would indicate.

The console design of the switch, on the other hand, emphasizes its portability much more than its place in the home. As a platform, the system consists of several parts: The main console, which is a tablet-like screen that is touch-enable, the two controllers (called Joy-Cons) that slide into the side of the console for handheld play, an adapter that unifies the Joy-Cons into one controller when playing at home, and the dock which connects to a television via HDMI input and allows the Switch to display on a standard television. Particularly interesting is the ease by which the Software enables dock-to-handheld capabilities. Once the Joy-Cons are inserted into the sides, the console can be removed from the dock and whatever was on the television will be continued on the console screen instantaneously.

The marketing emphasizes this fact immensely. On October 20, 2016, Nintendo published a video entitled “First Look at Nintendo Switch,” which has since accumulated 36 million views. The main emphasis of the trailer is the ability to take the console anywhere and everywhere. Here is a list of people and places the first look trailer incorporates: a man in his living room, a park, the airport, and an airplane; a group of friends in a moving van, a different group of friends in an outdoor basketball court, a neighbor’s rooftop, and two professional Splatoon teams in an e-sports arena (figure 2). Like the original Wii commercials, this trailer shows a variety of spaces, though they are now able to move outside of the home for the first time.

At the same time, there is a difference in the audience that Nintendo seems to be courting with the trailer. Importantly, this trailer really only shows one type of player—a person aged 25 to 35 who lives in a medium to large-sized city. We can consider what is missing from the first look that was included in “Wii would like to play.” There are no children, no grandparents, and no rural scenes. Nintendo was appealing to a narrower base than they had for the Wii. The ability to take the console to new places embedded in its very design may, at the same time, not be accessible to every demographic.

The confluence of marketing and design for both the Wii and the Switch point to a shifting demographic concern for Nintendo. As the complexity and decentralization of the console increased, so too did the targeted audience narrow. I would encourage game scholars to think critically about the orientation of space afforded by console design as a particularly salient window into the methods and machinations of the companies who create them as corroborated by (or perhaps co-influenced by) the marketing of the consoles themselves.

Indigenous Futurisms, Digital Voices, and Virtual Assistants
This Show May Not Be For You: How the ’13 Reasons Why’ PSA Complicates as Much as it Clarifies