This Show May Not Be For You: How the ’13 Reasons Why’ PSA Complicates as Much as it Clarifies

Home /Text/This Show May Not Be For You: How the ’13 Reasons Why’ PSA Complicates as Much as it Clarifies 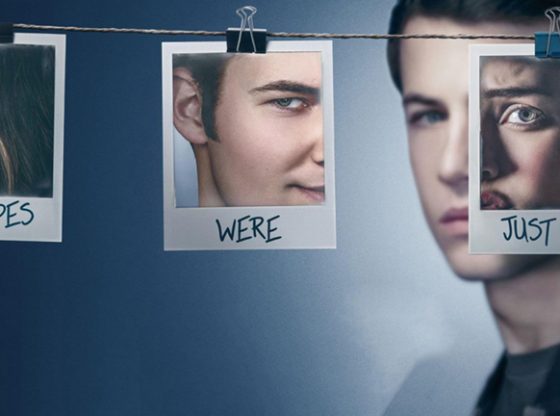 When you start 13 Reasons Why season 2, you are required to watch a series of friendly-faced actors from the show warn you about the content to come. While a content warning is nothing new, 13 Reasons Why stands out because this drawn out, well-produced content warning stems from the controversy surrounding the show’s previous season. Graphically depicting suicide and sexual assault, the show was accused of insensitively putting teens into a position of grappling with issues that they were unable to handle or even accused of glamorizing said issues to the point where teens in crisis may want to copy the tragedies portrayed on screen. While this outcry was huge, it was overshadowed by the show’s success. Despite the possible dangers of the show, teens watched and engaged and Netflix, the show’s network home and distributor, had no incentive to cancel or alter the show beyond the aforementioned PSA.

What is worth noting from a media studies point-of-view is how this show was forced to define itself for its audiences and how such a definition can be at odds with what is actually happening in the show. “13 Reasons Why is a fictional series that tackles, tough real-world issues, taking a look at sexual assault, substance abuse, suicide, and more,” Justin Prentice, who plays the show’s main villain, Bryce, tells the camera. “By shedding a light on these difficult topics, we hope our show can help viewers start a conversation,” Katherine Langford who plays the show’s tragic heroine, Hannah, adds. “Start a conversation.” This is the key line within the careful wording that stands out as the show’s primary justification for itself. The goal according to this PSA is not to entertain, but to educate, hence the tackling of “tough real-world issues.” They dig themselves into a hole with this, however, because so many of the reasons the show “works” are because of its ability to entertain. The central premise fits the structure of a serialized TV show quite neatly. There is a mystery to be solved, “Why did Hannah kill herself?”, clues related to that mystery (the 13 tapes), and these two factors divide up into 13 distinct chapters (one per tape).

Even beyond the plot structure, the characters themselves fit into popular TV convention. Hannah before she dies is a young, sympathetic hipster with a strong moral compass and a knack for wit. Clay, our protagonist, combines the romantic hero and the anti-hero since the mystery surrounding his past is kept from us until the very end. We know that Clay was in love with Hannah, but we don’t know if they ever hooked up. Since Clay is one of the tapes, there is a strong possibility he did something to hurt Hannah. It becomes a perverse combination of will they or won’t they combined with an unreliable protagonist who may turn out to be the greatest villain of the story. Is Clay Jim from The Office or Don from Mad Men? Stay tuned to find out! Meanwhile, the show is populated with compelling side characters whose roles become more and more central as the show continues. As each tape is played, we learn that characters previously just seen in the background or who said hi as Clay passed by, have complicated backstories and could be the key factor in this entire mystery. Such a structure is also a tried and true TV trope and has been used to great effect in Netflix’s other series like Orange is the New Black.

While this analysis is partly evaluative, the qualities outlined here do show how much 13 Reasons Why borrows from existing, effective television conventions. Its creators are story-telling savvy and the proof is in the show’s popularity. It does not, however, answer the question about whether the show’s an effective educational tool, which it claims to want to be. While I certainly do not have the credentials to speak to how the show affects teens’ mental health, I do see some contradictions in how the show presents itself creatively and how it presents its well-meaning PSAs. For example, the actor who plays Clay, Dylan Minnette, reads out an earnest list of adults teens can talk to if they are struggling, including most notably, a school counselor. It is a key plot point of the show however that the school counselor is of no help for Hannah and is part of the reason she ends up killing herself. It is one of the show’s most chilling commentaries about our current school system, but the PSA reveals that maybe the students who rely on these systems are not the best audience for the commentary seeing as they still may need to rely on these counselors for their own struggles. There is also season 1’s finale which has the unenviable job of creating compelling reasons to return to a show whose titular central issue has been “solved.” While most of the criticism has been directed at the show’s decision to graphically portray Hannah’s suicide, the finale also includes another student’s suicide attempt and yet another student’s efforts to begin to compile a weapons arsenal in his room. It is in these decisions that the show seems to exploit tragedy more explicitly. While the showrunners had a cavalcade of reasons they used to explain why they showed Hannah’s death, these other two plot points are very clearly used as cliffhangers. You have to return in season 2 to find out if the first student survived or if the second used his arsenal against his classmates. While worrying about the fate of a character is included in the very word “cliffhanger,” here it is confusing what the show’s purpose is to include these incredibly terrifying and difficult scenarios. Is it to start a conversation or to get kids back to watch the show? Can it be both? Is it responsible for it to be both?

While it is not revolutionary for a teen drama to include difficult material (think Degrassi, 90210, or even the show Netflix algorithmically recommends to 13 Reasons Why fans, Riverdale) 13 Reasons Why has struck a nerve. I would argue it is partly due to the high quality of the show. If you are more emotionally invested in the characters and “believe” it more, the show’s tragedy will have a greater effect on you. With great power, however, comes great responsibility and based off the shows current identity crisis, the showrunners have yet to figure out what to do with that power.

“Wii Would Like to Play”: Considering the Relationship Between Console Design and Marketing in the Wii and the Switch
Curtain Calls and Cameras: Spike Lee’s Theatrical Experiment