The Challenges of Creating a Universe (or Three): A Brief History & Lessons from “Into the Spider-Verse”

Home /Text/The Challenges of Creating a Universe (or Three): A Brief History & Lessons from “Into the Spider-Verse” 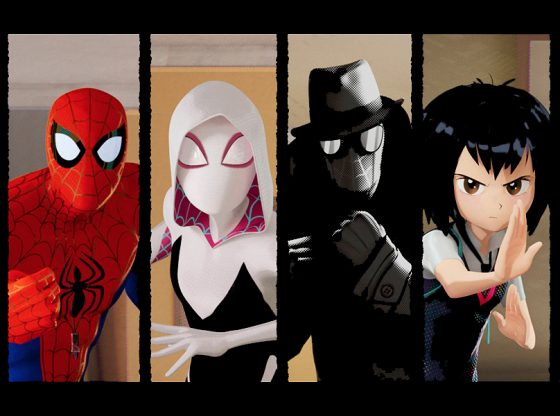 There are lots of things to say about the runaway success of Spider-Man: Into the Spider-Verse.  With animation so groundbreaking and eye-catching that Sony is reportedly attempting to patent the technology used to create it, one could easily wax rhapsodic about the visuals alone. And then there’s the fact that the film’s hero is Puerto Rican teenager Miles Morales, a character who emerged in the comics in 2011 but had yet to appear on the big screen. One could write an entire thinkpiece (or more) on what the character means for diverse representation in comic book films.  But rather than re-tread that ground (which has already been admirably covered by the articles linked and many more), I’m interested in considering the role of Spider-Man: Into the Spider-Verse in the complex web (that’s the only spider pun in this article, I promise) of ownership that Marvel and Sony have woven over the past 20+ years. The film offers a prime opportunity to investigate the evolution of a complicated business deal that has only gotten more complicated as both parties seek to develop and profit from the properties involved.

From the vantage point of 2019, in the midst of a seemingly neverending torrent of superhero movies, the world of comic books and film in 1998 is almost unrecognizable. At the time, DC’s late 1980s-early 1990s run of Batman movies occupied most of the superhero movie real estate, and the Marvel Cinematic Universe was a fantasy. By the mid-1990s, comic books themselves weren’t faring so well, with Marvel declaring bankruptcy in 1996 after trying to replicate the success DC Comics enjoyed as part of Time Warner, complete with synergistic cross-promotional deals. As Derek Johnson explains in his chapter “Will the Real Wolverine Please Stand Up?”: “Marvel found itself in a position where it could not expand yet its primary output—comic books—offered little hope for a recovery” (71). In short: Marvel needed to come up with a strategy to maximize its revenue potential without laying out any cash. Enter: licensing deals.  As Johnson explains, “Marvel thus transitioned from the production of comic books to the creation of characters; its primary product was no longer printed volumes of superhero adventures, but the intellectual property of the superhero itself” (72).

As part of this strategy, Marvel reached a deal with Sony Pictures in 1998 to license the character of Spider-Man (along with over 900 associated characters) for use in films. According to one report, “Marvel sold Spider-Man to Sony for $10 million, plus 5% of the movies’ gross revenue and half the revenue from consumer products.”  That deal led to Sam Raimi’s Spider-Man films starring Tobey Maguire in the early 2000s, a trilogy generally beloved by fans and a huge success for Sony (and, by extension, Marvel, who profited from the character’s growing popularity).

Following closely on the heels of the Raimi trilogy came Iron Man in 2008, Marvel’s attempt to launch their own series of films centered on the property of the Avengers.  With the benefit of hindsight, we know it as the birth of the Marvel Cinematic Universe (MCU), but at the time it was mostly just a wild experiment by Marvel.  As the MCU was taking off, Sony found itself struggling with Spider-Man.  2012’s The Amazing Spider-Man, starring Andrew Garfield in the titular role, did well for the studio, but 2014’s The Amazing Spider-Man 2 was not as successful.  The sequel is generally considered a flop, performing fairly well in the box office but not reaching the success of its predecessors and getting mixed reviews.  At the same time as Amazing Spider-Man 2’s disappointing performance, Wikileaks’ Sony hack was doing serious damage to the company’s profile.  The leaked documents included communication about the studio’s potential plans to partner with Marvel for a Spider-Man reboot—talks that were reported at the time to be dead in the water were evidently reinvigorated, and in 2015 Marvel & Sony announced a new deal surrounding Spider-Man.

I encourage you to watch this video for an engaging and brief overview of the parameters of Sony & Marvel’s agreement to share the character of Spider-Man, but the gist is this: Sony would continue to keep all of the box office revenue from their rebooted Spider-Man films starring Tom Holland, but Marvel would produce the films and serve as creative lead.  Moreover, Marvel would be able to use Tom Holland in five movies that exist as part of the MCU: Captain America: Civil War, Spider-Man: Homecoming, The Avengers: Infinity War, Spider-Man: Far From Home, and The Avengers: Endgame.  The deal proved to be a boon to both studios, as Sony was able to piggyback on the MCU’s popularity and Marvel was able to introduce fan-favorite Spider-Man into the MCU.  Additionally, although Sony got to keep the box office, Marvel owns the rights to merchandising Spider-Man, so everyone wins.  The deal has been successful enough that as recently as December of 2018, Sony’s Amy Pascal declared that she’d like to continue the partnership beyond the scope of the existing arrangement.

At the same time as this deal was struck, Sony was very publicly trying to launch their own version of the MCU by developing a similar large-scale franchise surrounding their licensed Marvel properties.  This franchise, officially known by the unwieldy moniker of “Sony’s Universe of Marvel Characters” (SUMC) but often referred to as Sony’s Spider-Verse, is intended to build upon Spider-Man, which is “still Sony’s biggest property.”  The problem for Sony, however, is that the parameters of their current deal with Marvel mean that the current Spider-Man portrayed by Holland cannot appear in any films outside the five agreed upon.  This means that Sony is attempting to launch a franchise surrounding a very well-known and popular character they cannot actually use.  The SUMC was launched with 2018’s Venom, centered on one of the villains of the Spider-Man universe.  Although the film received mixed reviews, it was very high-grossing, breaking the box-office record for an October opening weekend.  The success of Venom led Sony to proceed with developing other films in the same vein featuring Spider-Man characters including Morbius the Living Vampire, Kraven the Hunter, Jackpot, Nightwatch, Black Cat, & Silver Sable.

Enter Spider-Man: Into the Spider-Verse, 2018’s breakout animated hit, earning nearly $180,000,000 domestically by the time of this publishing, and nabbing a nomination for the Best Animated Feature Oscar (an award the film may actually have a chance of winning despite heavy competition from Oscars juggernaut Pixar).  As the Washington Post helpfully summarizes, the film focuses on a new Spider-Man, Miles Morales.  Within the film:

“There are multiple Spider-Men (and women) in parallel universes brought together by a time-space continuum foul-up. An unusual animation technique…gives the movie both a high-tech and hand-drawn quality…And a meta spin that has Spider-Man taking place in a world in which, well, Spider-Man exists (Morales reads Spider-Man comics).”

Importantly, the film is not considered part of the SUMC, and yet it offers an illustrative example of the way that Sony has gone about developing Spider-Man in a way that suits their own interests (namely launching the SUMC) without jeopardizing their deal with Marvel.

Perhaps most obviously, Into the Spider-Verse provides Sony with an ingenious solution to this complex situation by virtue of its markedly different visual style.  Not only is the film animated, but the animation style (as briefly noted above) is so distinctive that it offers a clear-cut separation from any other Spider-Man films, including the MCU films.  Visually, the film is not only unlike any of the live-action films, but in fact doesn’t look like any other animated films either, likely removing any confusion surrounding which Spider-Man belongs to which film universe: Miles Morales belongs to the animated Spider-Verse, not the SUMC or the MCU.  Additionally, because the film doesn’t require a visible actor (Miles is voiced by Shameik Moore), there’s no concern over confusing the Moore Spider-Man with the Holland Spider-Man.  And importantly, Miles Morales isn’t Peter Parker, either—another distinction explained within the film that helps to separate the two and avoid audience confusion.  Finally, the film overtly addresses the fact that there are multiple “spider-verses.”  Within the world of the original Marvel comics, multiple Peter Parkers exist, and those multiple Peter Parkers similarly exist in the cinematic universes based on the comics.  By acknowledging in both the title of the film and the movie’s plot that there is more than one Spider-Man and more than one “universe” in which Spider-Man exists, Into the Spider-Verse educates audiences in the machinations of comic book storytelling and allows for the possibility of the simultaneous existence of many Spider-Men, a concept which Sony is absolutely banking on as they launch the SUMC alongside the MCU.

By understanding the way the cinematic universes associated with Marvel properties have developed over the past 20 years, we’re able to better understand why there were three different filmic representations of the “universe” of Spider-Man (from Infinity War to Venom to Into the Spider-Verse) available on the big screen within the span of a single year.  It’s vitally important to both Marvel and Sony that all of these representations exist—and it’s equally important that audiences understand them as separate.  Into the Spider-Verse provides an elegant example of how Sony has sought to maximize the intellectual property they have without diluting that property or offending their closest ally and biggest competitor.