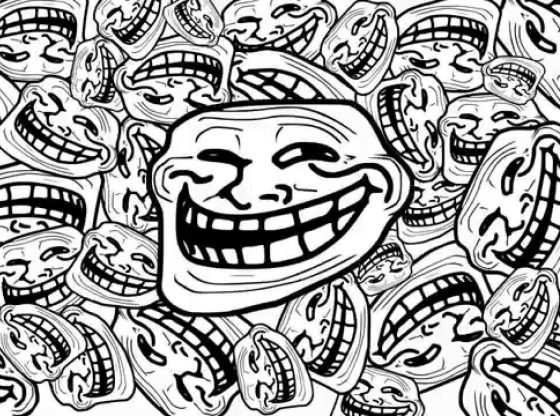 The first tweet I saw in the New Year was a good one. Dr. Adrienne Keene posted, “Resolution for settlers in 2019: Listen to Indigenous folks. Actually listen. You’ve got a lot to learn, and that’s ok. Be humble, realize you’ve got work to do, and listen.” As voices like Keene’s and many others on #NativeTwitter have gained visibility, they have also attracted a number of non-Native followers. Indeed, Keene’s call for white listening received comments from who appear to be white users promising to listen, congratulating themselves on already following and learning from Native Twitter users, and thanking Keene for her “wisdom.” Just today, a debate unfolded about the politics of land acknowledgments. Max FineDay posted,

If in your land acknowledgement you:

-trip your tongue over the names of nations

-rely on a script, even after delivering it time after time

Then spare us, please, from bearing witness to pro forma platitudes.

One of the first comments on the post stated, “Can you clarify what you mean by acknowledging the source? I want to do it right.”

These kinds of throwaway comments on Native Twitter users’ posts certainly wouldn’t seem to warrant any more of our attention than a passing glance as we scroll past them. Yet, as I have started to keep an eye out for these comments, I am convinced they reveal the persistent commonsense logics of white non-Native subjects. I have tentatively begun calling such commenters the settler trolls of #NativeTwitter, those no doubt well-meaning white people who go out of their way to use Native posts as a space to virtue signal, express their guilt, and make requests for clarification or education. To be sure, this kind of trolling happens right alongside hostile, openly racist and/or misogynistic trolling. The seemingly benign settler trolling I’m looking at is perhaps more insidious precisely because it seems non-threatening and well-intentioned, yet upon closer inspection demonstrates the everyday possessive ways that white people interact with Native people. As a white non-Native person myself, I do not wish to call out individuals who comment, but rather I hope in naming this pattern we can begin to explore where it comes from, why it is so persistent, and pursue better, more meaningful ways of participating in self-education and solidarity online and off.

Settlers make demands on Native people all the time. Bruno Cornellier (2016) has argued that settlers’ epistemic entitlements to be educated by Native people acts as a silencing tactic, imposing speech and education where it is not offered in order to make the settler feel better and self-reconciled. Cornellier writes, “Restorative dialogue could thus be likened to putting a band-aid labeled “reconciliation” over a gaping, still-bleeding colonial wound; it is a demand that ‘their’ pain be understood by ‘us,’ and in the process that ‘we’ be made whole as privileged and entitled witnesses who grant recognition to, or document, their pain and their wound” (p. 38). Settler trolls want to learn and understand, but they believe that reading a few posts is all they need to know or makes them experts, often adopting a self-congratulatory tone. Or, alternatively, they want more information, and make demands on Native users to explain, clarify, or defend their statements.

Recently, some Native users have rightly made it clear that they won’t perform the uncompensated labor – intellectually or emotionally – for non-Native people undertaking journeys to “educate themselves.” For example, in November 2018, the Twitter account for the podcast Métis in Space tweeted, “We’re seeing a spike in requests from (often non-Native) people who are paid by institutions to compile resources asking us to essentially be their shortcut and do that work. Want a resource? Start with http://www.google.com, you’re welcome.” In contrast, Johnnie Jae, founder of the blog and podcast A Tribe Called Geek, has set a going rate for non-Native people who make unsolicited requests on her. She tweeted, “Dear Non-Natives wanting my advice & review of work that you are doing featuring a Native character/theme or you want me to do research for you, I charge $25 an hr. If you want me to educate you, $150 an hr.” As Native people set the boundaries of what they will and will not do, it makes the presumptiveness of white non-Native people all the more apparent in making such requests in the first place.

The Rhetoric of Malcolm X
The Challenges of Creating a Universe (or Three): A Brief History & Lessons from “Into the Spider-Verse”