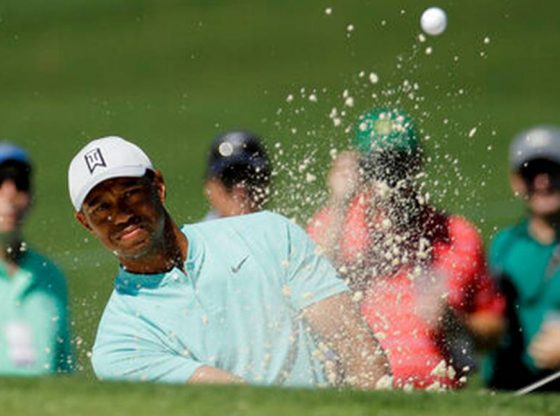 For golf fans, the period from mid-April through late-July is known as “majors season.” This is when the sport’s four major championships — The Masters Tournament, The U.S. Open, The Open Championship, and The PGA Championship — are played. Players are measured by their success in these events, which are the most competitive and prestigious tournaments of the year. The major championships are also a useful entry point for media scholars seeking to understand golf broadcasting, as they are the heart of the sport’s television presence. Though golf is by no means the most popular sport in America, television networks see potential for growth in the sport, and nowhere is this more evident than in their efforts to broadcast the major tournaments. This blog post uses a 2013 deal between the United States Golf Association (USGA), the host of The U.S. Open, and Fox Broadcasting Company as a jumping off point to consider golf’s place in our media scholarship.

While the last decade has seen growing interest in sports media among media scholars, golf has received little attention. This is not entirely surprising. For one thing, though golf’s media presence continues to grow, it is dwarfed by sports like football and basketball. Golf is also easily dismissed as a pastime of elites. But it’s also true that golf makes up a significant part of the contemporary media industries. The USGA’s current television deal is just one example of golf media’s economic footprint. Signed by the USGA and Fox in 2013 and reportedly worth $1.1 billion, the twelve-year deal granted Fox exclusive rights to broadcast USGA events beginning in 2015. A deal of this scale involving any of the major players in the fictional media landscape would have rightly been the subject of much scholarly analysis; if scholars want to continue to make strides in the study of sports media, then the economics of golf broadcasting are as good a place as any to start. But economic scale is not the only reason golf is worth studying. Golf is also an excellent case study for scholars seeking to understand recent changes to the television industry. The USGA-Fox deal, for example, was announced just weeks prior to the launch of Fox Sports 1 (FS1), a pay television channel under the Fox umbrella. In addition to baseball, soccer, and motorsports, golf is one of FS1’s key offerings to viewers. Further, the streaming service Fox Sports Go has featured exclusive, streaming-only content during each U.S. Open since 2015. Golf broadcasting provides a valuable example of how networks have diversified their revenue streams in the streaming era.

It’s equally important to understand the aesthetics of golf media, especially because viewers and golf journalists often associate industrial developments with the aesthetic dimensions of golf broadcasts. Fox, for instance, has been widely criticized for their productions of The U.S. Open. In 2015, New York Times columnist Richard Sandomir published a scathing review of the network’s inaugural U.S. Open broadcast, in which he criticized not only Fox’s inexperienced commentators but also production choices, like the use of graphics that distracted from gameplay and camera placement on the course. The popular golf podcast No Laying Up aired similar grievances, as did many fans on Twitter. For fans and journalists like Sandomir, textual missteps reflect Fox’s inexperience in golf broadcasting compared to NBC (who broadcast The U.S. Open from 1995 to 2014) and CBS (who has broadcast every Masters Tournament since 1956).

While it’s common to hear complaints about the commentary accompanying any sporting event, golf broadcasts draw a unique level of scrutiny over their visual construction. This is in part because golf is one of the most difficult sports to televise. Football stadiums and basketball arenas contain standardized boundaries of play, and as a result broadcasts of these sporting events adhere to the same visual rules regardless of the stadium in which they occur. These venues also hold all of the athletes and coaches in one location, making it easy for networks to acquire near continuous coverage of all the key players. On the other hand, each golf course has a unique layout, making it difficult for networks to fully standardize their visual presentation of the sport. Golf courses are also significantly larger than most other sporting venues, with players spread over hundreds of acres at every moment of play. Because golf tournaments lack a centralized locus of action, broadcasts take the form of montage, as producers and engineers are tasked with cutting between dozens of cameras positioned all over the course in real time in order to create a continuous, exciting viewing experience. The liveness of a golf broadcast is a complex, hypermediated construction, and viewers are quick to voice their dissatisfaction when the production is not perfectly calibrated. Golf media, then, present rich case studies for scholars interested in media texts and media audiences, as well as the relationship between the two.