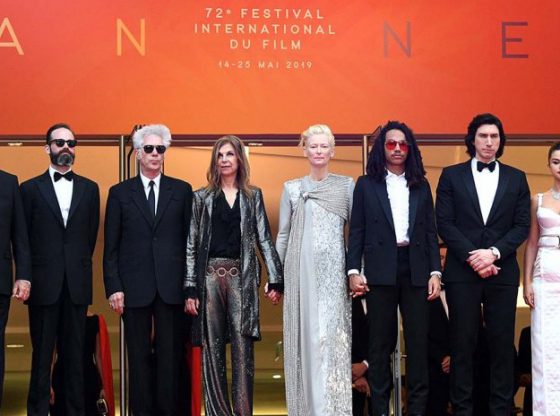 Not even the most famous film festival in the world is spared the question. Across press coverage of the 2019 Cannes Film Festival (which ran from May 14 to May 25), critics are wondering: Who will watch these movies one or ten months from now, and where and how? Indiewire’s David Ehrlich observed the festival’s “genre-heavy lineup,” with such premieres as Jim Jarmusch’s zombie comedy The Dead Don’t Die and Quentin Tarantino’s Once Upon a Time in Hollywood, as a sign of adaptation in hostile times. For The Hollywood Reporter, Todd McCarthy struck a more pessimistic note, bemoaning the decline of art cinema and doubting the “relevance” of these selections to any “broader audience” at all. In her numerous dispatches, Manohla Dargis at The New York Times split the difference, seeing Cannes as a “stubborn testament to the cinematic experience” standing apart from the “twinned behemoths” of Disney and Netflix.

The “Netflix question” underlies much of this critical commentary, just as Hollywood, the larger corporate world, and academia likewise cannot stop talking about Netflix and all the change it portends. However, Netflix’s quest for cultural capital (and literal capital) have led it to established, film-loving bastions like Cannes, where it has been both courted and rebuffed. Those setbacks have led Netflix to adopt a fluid strategy toward a festival like Cannes and have presented the company with even more opportunities to spend. Depending on the time and circumstance, Netflix ultimately behaves like a production firm, distribution company, or—at its core—a licensed streaming video platform vis-à-vis Cannes and other prestigious film festivals. Examining how Netflix behaves differently as producer, distributor, and content provider can grant us a level of nuance typically lacking in discussions of how streaming platforms and old-guard, cinephilic film festivals interact.

Just two years ago, Netflix approached the Cannes Film Festival not just as a streaming platform or distribution label but as a film production company as well. In 2017, Netflix’s Chief Content Officer Ted Sarandos arrived at the Palais with two “main competition” titles, Okja and The Meyerowitz Stories (New and Selected). Both were Netflix “Original Films” whose productions had been bankrolled by the company. Before those films screened, however, the festival announced a change in policy targeting a vertically integrated, subscription video on demand (SVOD) service like Netflix. Basically, the Cannes board of directors decreed that competition films must secure French theatrical releases and forgo streaming in France for 36 months after their theatrical release. While one can question the enforcement and efficacy of this rule, it is clear how interrelations between France’s film industry and cultural agencies like the CNC in part determined this highly French decree. French law and custom prohibit Netflix from entering their films in the Cannes Film Festival, effectively shuttering its productions for consideration.

That said, Netflix can participate in the competitive marketplace at Cannes like any film distributor, which is a role it has leaned into as of late. Last year, Netflix acquired 2018 Cannes title Happy as Lazzaro following its competition premiere. This week, news broke that Netflix acquired two films from this year’s festival, including Grand Prix-winning feature debut Atlantics, from French actress-filmmaker Mati Diop. Netflix paid an undisclosed sum for “worldwide rights” to Atlantics, which in this case exclude “China, Benelux, Switzerland, Russia, [and] France.” Under this exclusion, France adopts streaming rules distinct from most other countries, while still contributing to and, in the case of Cannes, actively hosting the marketplace through which these deals are made. That Netflix and other Silicon Valley studios like Amazon often write larger checks than their theatrical competitors underscores why Cannes takes no issue with their role as film distributors.

Beyond production or distribution, however, Netflix, Amazon Prime, and other popular SVOD services offer ample arty festival fare at any given moment. This they do through license windows of variable length, and often in exclusive partnership with distribution companies. Hulu has a track record licensing titles from IFC Films, for instance; Claire Denis’s Let the Sunshine In, which premiered out of competition at 2017 Cannes, appears for this reason. Amazon Prime often licenses titles from A24 and NEON, the latter of whom acquired this year’s Palme d’Or winner Parasite, from director Bong Joon-ho. When it comes to art-house films, Netflix has a tendency to acquire undistributed festival films and rebrand them as “Netflix Originals” long after their international premieres; Eva Trobisch’s sexual assault drama Alles ist Gut, on Netflix June 6, is one acclaimed stand-out. Naturally, these licensing deals vary by territory, and they encounter greater restriction in a country like France, where industry and government together mandate theatrical exhibition. Thanks to this policy, the Cannes Film Festival has managed to keep Netflix’s production wing at arm’s length. But that has not stopped Netflix, in its pursuit of international markets and influence, from pursuing a dynamic, surprisingly curated acquisition strategy centered around the very same festival.