The Case for Adam Sandler 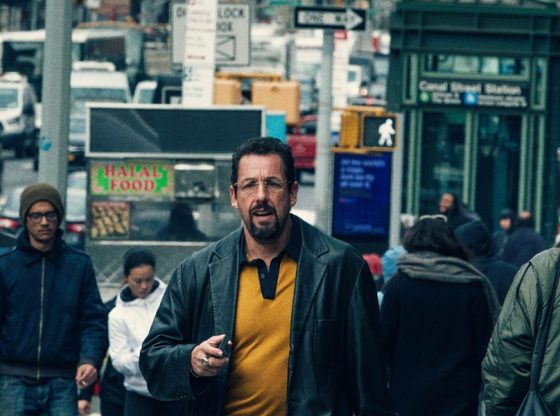 Everyone knows the Adam Sandler schtick. His perennial persona is easily identified by a short list of generic traits: goofy, sarcastic, lazy, uncouth, and—perhaps most of all—angry. When a Sandler character’s goals are frustrated, it’s only a matter of seconds before we hear the familiar yell of “Aw come on!” before the ritualistic smashing of a few nearby objects. From Waterboy and Anger Management to Jack and Jill, Grown Ups and Ridiculous 6, this persona has relentlessly spewed uninspired comedic performances. This barrage of bland content lead Mark Olsen to describe Sandler as “the white Tyler Perry: smart enough to know better, savvy enough to do it anyway, lazy enough not to care,” in a scathing review of Grown Ups 2 for the Los Angeles Times.

Given his history of starring in lifeless summer blockbusters, why should we assume Sandler is smart enough to know better? As Roger Ebert notes in a review of Punch Drunk Love (2002), Sandler’s characters “conceal a masked hostility to society, a passive-aggressive need to go against the flow, a gift for offending others while in the very process of being ingratiating.” Indeed, Punch Drunk Love is one of the films where this lurking hostility is most salient. Sandler plays Barry Egan—a nervous and friendly toiletries salesman hopelessly avoiding his seven sisters. Despite his kind heart and desire to fit in, Barry’s frustration with his inability to act naturally with the girl he likes and with the relentless condescension pored over him by his sisters boils over into acts of rage. He destroys a restaurant bathroom, smashes a sliding glass door, and pummels four guys trying to bully money out of him.

This hostility reveals a pattern common to almost all Sandler movies. The paradigm begins with a relatively benign Sandler, not at all excellent but doing his best to fit in. But before long, this mirage of security melts away; as we may have begun to suspect, Sandler does not fit in. He is doomed to be an outsider, any attempt at fitting in is a fated failure. A synecdoche for this pattern manifests itself in a short scene from Anger Management (2003), where Sandler’s character Dave tries to describe who he is at an anger management group.

His character begins the scene polite, albeit a bit uncomfortable. As the Jack Nicholson character continually pushes Dave for a more genuine answer, his inability to put his feelings into words erupts into a yell. Conscious of the social disapproval of his outburst, Dave quickly returns to his apologetic and soft-spoken demeanor. He feels he has been misunderstood, that he does not need to attend the anger management group but is unable to articulate why.

This is the source out of which flows Sandler’s frustration—however ruthlessly he claws after a scrap of understanding, he always falls short, or is unsatisfied with what he finds. This tragedy is hidden in most of his films, which often grant his character success in the end; as if Sisyphus finally summoned the hideous strength required to roll his boulder to the top of the hill and was horrified to find no satisfaction in his feat. This sort of tragicomedy is Sandler’s silent demon—and his hidden beauty.

The former SNL star’s penchant for the existential is wasted by most directors, and Sandler’s own directorial ventures are no exception. Headlining formulaic junk which shrouds the terrible beauty and complexity of his persona is what made him a star in the first place. Yet, occasionally, a keen eye shaves off this junk to expose his dazzling complexities—the Sandler we see fleshed out in Punch Drunk Love, The Meyerowitz Stories, and (most recently) Uncut Gems. Casting light from a new direction, foolish stuttering becomes fear of humiliation, common sarcasm becomes a mask of insecurity, boyish rage becomes existential frustration. And even when he gets snubbed by the Oscars, we should watch closely to see a patina of the universe hiding in Sandler’s deep brown eyes.

This Is Not a Puzzle: The MIT Mystery Hunt
The 2020 Playback Film Awards