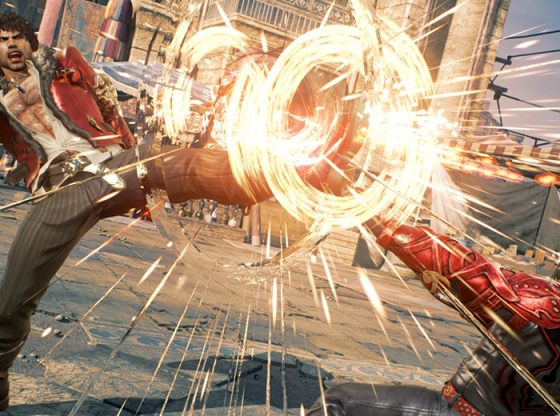 For about two months in the year of 2018, I wanted nothing more than to become a skilled player of Tekken 7, the newest entry in the storied Japanese fighting game franchise Tekken. I’d gotten a friend to lend me a fightstick (a special controller that mimics the controls of arcade cabinets), I’d read up on which characters were considered most powerful, and I’d decided to practice each day in order to improve my skills as quickly as possible. The first step in my newly developed practice regimen? Learning the secrets behind my chosen character, Steve Fox.

I sat in front of my computer, notebook in hand, ready to take notes on the YouTube video I’d loaded up: “Tekken 7 – Steve Fox Complete Breakdown.” The video was two hours, a commitment I had not anticipated but one that seemed well worth the effort it would teach me to use Steve effectively. I followed the first fifteen minutes of the video with rapt interest as the narrator explained Steve’s strengths and weaknesses. Then, it happened: the narrator began speaking in strange codes.

The “helpful” subtitles meant to visualize these codes did little to assuage my confusion. In a sea of “b+3+4 to FLK: i20~” and “WS+1, 1: i11, -3/+3/+3,” I began to feel that I may have lost my lifejacket and had been left to drown in the “inputs” and “frame data” being relentlessly thrown my way. I closed the video, deciding to return another day after I’d figured out what a move being “plus 3 on block” means and why that was a good thing.

I eventually did return to the video, but not to learn how to play. I wanted to understand how aspiring Tekken players learned to decode the video’s jargon and internalize the lessons it taught. There had to be some way to help players new to fighting games learn the meaning of phrases like “down/forward+1, 2 is a mid-high natural combo string” so well that they could remember and apply such concepts on the fly while facing an opponent. After all, intimately understanding a fighting game’s systems and knowing how to implement them in play is a requirement of all competitive players, whether they compete at the local level or come out on top at international tournaments.

The secret of learning a fighting game’s system is that players aren’t meant to do so alone. Todd Harper details in his book The Culture of Digital Fighting Games how fighting games have nearly always been played in social settings. Even as gaming moved out of arcades and into domestic spaces thanks to the development of game consoles, “authentic” fighting gameplay remained tied to in-person competition evocative of arcade culture. Despite the availability of computer-controlled opponents and online play modes that connect players over the Internet, Harper observes that fighting game communities continue to extol the virtues of competing face-to-face.

The centrality of in-person competition to fighting game fan communities has definite negative effects. For one, the highly masculine nature of the arcade cultures on which tournaments are modeled can make these play spaces uncomfortable and even dangerous for women, trans, and non-binary people hoping to compete (though highly successful players like SonicFox, who recently came out as non-binary, are slowly changing these community norms). However, in this post, I want to focus on a positive result of fighting game communities: the creation and circulation of resources and tools meant to demystify the notoriously intricate systems of fighting games for new players.

While most fighting games include tutorials and practice modes meant to familiarize new players with the game’s systems, received wisdom among competitive players dictates that the guidance of more experienced peers is the best resource for learning how to play and compete successfully. After all, most tutorial modes neglect to explain what the jargon mentioned above means, focusing instead on basic concepts like how to move a character and execute basic attacks. And while friends or acquaintances could take the time to decode every single term and concept needed to excel in play, there is more information to be learned than a single face-to-face session could feasibly cover.

How-to-play guides on YouTube, instructive Twitch streams, and websites dedicated to compiling important game-related data are created by skilled players to fill in the gaps left after newcomers have completed in-game tutorials and asked friends for tips. Subreddits and forums provide online spaces in which people can ask questions, discuss optimal strategies, and find opportunities to meet with others and play locally. As fighting game communities grow, bolstered by the increasing visibility and prestige of major tournaments like Evo, these online resources have proliferated, and many see them as critical for maintaining the vitality of an genre of games known for difficulty and complexity. Certain resources, such as compendiums of frame data (a property of each move that dictates when the move hits an opponent), are even relied upon by professional competitors who need to know which moves will allow them to land a hit before their opponent can. Players ranging from newcomers to seasoned pros depend on this web of YouTube videos, websites, and forums to learn and perfect their skills.

What is most interesting about these resources, however, is the sheer amount of labor needed to maintain them. Fighting games change constantly as developers release patches to fix bugs and tweak how certain characters work. With each patch comes changes to the game systems that guide-creators and data compilers had carefully documented. Frame data lists and how-to-play guides must be updated with each change to a game’s systems to reflect how character moves have changed (fig. 1); a small shift in frame data, for example, could render a previously strong move mediocre or even weak, requiring players to adapt old strategies to these new conditions. As a result, antiquated resources are virtually useless, so content creators are required to update their work in order to remain relevant.

Most players working on these resources do so for free, out of love for the game and its community. The creation of guides and data logs require a wide range of technical skills. Creators not only need to understand the intricacies of game systems and know how to measure hidden features like frame data; they also need to know how to edit YouTube videos, code web apps, and operate Twitch streams. This skilled labor, which goes mostly uncompensated, is the bedrock upon which fighting game communities survive and grow.

Fighting games (and other competition-based games like League of Legends and Hearthstone) live and die by their communities. By extension, then, they live and die by the free labor of fans whose resources make the games legible for potential community members. As scholars come to focus on the increasing professionalization of video gaming, with esports growing and Twitch streamers finding mainstream recognition, it can be easy to miss the work being done by fans who garner comparatively little attention and even less monetary success. And yet, the gameplay guides and data compendiums being circulated within game communities are critical in turning newcomers like me into devoted fans who support esports broadcasts and flock to corporately sponsored tournaments. Competitive games and the para-industries that grow alongside them rely, often unknowingly, on the work of fans.

I do not wish to argue that these fan-creators are exploited by the video game industry or by their fellow fans. I do, however, want to draw attention to the ways in which esports and competitive video gaming remain deeply intertwined with the non-professional fan communities that industry often views only as audiences to be monetized. Unlike traditional sports, esports cannot function without non-professional players participating alongside professionals. Without the compendiums of game data that professionals consult while crafting strategies, and without the guides that teach newcomers like me how to understand and enjoy engaging with complex game systems, there would be no professional players and no audience to watch them. It is the fans who produce these resources who create and maintain the community growth that those in the esports industry look to profit from.

Feeling Forms: ASMR Roleplays as Receptive Media Practice
“The boogeyman is outside”: Music as Presence in Halloween (1978)