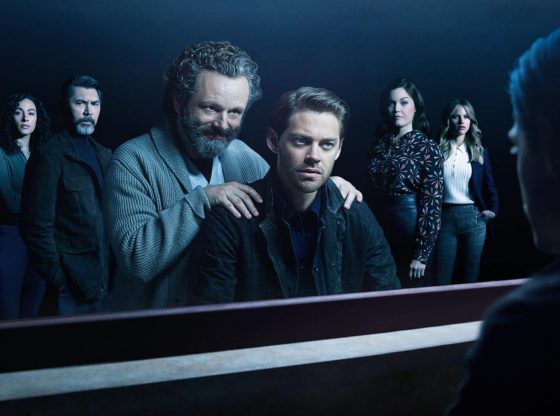 Homonormative, absent of charisma, and somehow managing to center men’s emotions and stories despite its supposedly feminist prerogative, Batwoman disappoints on all counts. Any fan of the iconic lesbian superhero comic character seeking a glimpse of that famous cowl would cringe at her TV depiction’s tacky red wig and flimsy cape.

Perhaps the show’s cardinal sin is its obsession with Batman: despite his never appearing onscreen and having been missing in the show’s narrative for several years, everything that happens revolves around him. Kate addresses the audience by writing letters to Bruce about how she can’t live up to his legacy; Kate’s costume and weapons are just his, modified (which means: no guns, despite Kate being an excellent sharpshooter); even Kate’s villains are just Batman villains, pissed off when some “bitch” shows up instead of the “real” hero.

All the cast’s performances fall flat, particularly Ruby Rose’s dreadfully wooden Kate Kane and Rachel Skarsten’s thoroughly blasé supervillain Alice. Nicole Kang’s Mary Hamilton and Camrus Johnson’s Luke Fox occasionally sparkle in their brief moments onscreen, but their characters’ development is routinely shoved aside for another shot of Kate gazing sadly at the Gotham skyline while drab pop music plays in the background. The show’s romance is uncomfortable, its villainous plot is two-dimensional, and the continual side-lining of the diverse experiences of poor queers and queer people of color ruins any potentially interesting political moments in its navigation of homophobia. NBC’s Bluff City Law is a heavy-handed soap of a legal procedural that takes itself too seriously and its commentary not seriously enough. The abbreviated eight-episode freshman season aired its finale November 25, and lukewarm ratings indicate the Peacock will not renew. Understandable — BCL struggled to find its voice, as if the creators had a checklist of hot-button issues to tackle but no sense of how to string them together. Revolving around a crack legal team of civil rights attorneys, BCL ends nearly episode with a self-congratulatory “we solved it!” vibe, where “it” is the problem du jour: racism, homophobia, corporations vs. the little guy, government vs. whistleblowers. With a new case every week, these complicated social issues get superficial treatment at best, much like BCL’s other gestures to real diversity. The supporting cast includes people of color, but the female lead is white. One storyline centers on LGBT families, but it requires a tropey cigar-chomping Colonel Sanders type to disinherit his daughter. Only one episode really tackles race — as the B-plot in an episode about religious discrimination in Catholic workplaces, a funny thing for a show set in a city that’s 69% black and less than 5% Catholic. But here’s the thing: the actors deliver compelling performances despite cringey scripts, and BCL makes Memphis look amazing. For a city routinely portrayed by Atlanta and Nashville, Memphis needed this moment. So, as an ad for the city of Memphis, BCL works just fine, and as a native Memphian, I really think you should watch it. – Lesley Stevenson F*ck, did Prodigal Son get me in the end. In reflecting on my bonkers relationship with this bonkers show, I’m reminded of the Spongebob episode in which Patrick, looking for the perp of an oyster-related assault, is arrested himself: “I’m the last person I would have suspected, but I was looking for me all the time! It’s the perfect crime!” FOX ensnared, gaslighted, destroyed, and converted me with the simplest and most unlikely of traps: a network procedural.

You see, at the beginning I kept ProdSon at an ironic distance, treating it as an experiment in fannish practice: could my love for character actor Michael Sheen transcend the quality of his worst project? I spent weeks laughing at the show’s insane premise (a serial killer’s son reluctantly teams up with his imprisoned father to profile other serial killers) and listing its clumsy character conventions (tough-as-nails lady cop from the Bronx, perpetually turtle-necked police chief, maverick protagonist with night terrors). I refined my cruel impersonation of Bellamy Young as the Son’s mother, a dowager lush whose verbal affectations verged on Transatlantic. I roped in friends and even tweeted mocking summaries of each week’s episode. It was all in good fun! Just a sweet bit of anti-fandom to get me through the work week!

But – just as protag Malcolm Bright does in nearly every episode – I soon woke up to find myself handcuffed, by my own restraints, to the bed I’d made. It became clear that I wasn’t studying a bad show, I was watching it. I wasn’t making fun of an audience, I was part of it. And worst of all, my original intentions had been lost; one week I exclaimed, “That was my favorite episode yet!” and my friend looked at me. “Michael Sheen wasn’t even in it,” she replied quietly, pityingly. I looked down at my phone, at the recap I’d just tweeted, quickly liked by another Prodfan. It may as well have been a smoking gun…or a mirror. I was the fan. It was me. The perfect crime. – Leah Steuer There is no underestimating the immense interest in the creative problem-solving process, especially when it is embodied in someone as wonderfully-relatable as Claire Saffitz. The pastry chef herself admits that she at first did not understand why audiences found it so engaging to watch her try to perfect the most minute details in the completely unnecessary act of making gourmet versions of various junk foods. But the beauty in Gourmet Makes is that even though Claire always tries for perfection (I will never forget a recent episode where she recreates Krispy Kreme donuts where Claire has recreated the dough almost perfectly and then immediately spends 30 minutes ruining and rebuilding the recipe), the message is that perfect is the enemy of finished. It’s a show about honesty, friendship, trying one’s best, and ultimately being happy (or at least begrudgingly accepting) what you are able to give in life. This is The Great British Bake Off but somehow with even higher tension, more generous compatriots, and lower stakes. This is the American version of Norwegian slow TV. And it is transcendent. – Tom Welch At the center of the Bon Appétit’s two most haunting programs is Alex Delaney, a cooking personality best described as the combination of a middle-aged hype beast and a teenage vlogger. Most Bon Appétit shows have their fair share of speed bumps – Gourmet Makes, for instance, is beloved partially because its host progressively loses her mind on camera – but none of them feel like watching a car crash quite like Alex Eats It All and One of Everything. If you couldn’t tell, both are defined by the sheer amount of food that Delaney and the occasional guest eat on camera. Did I want to see this strange man eat 11 different kinds of poutine in a 12-hour period (condensed to a 21-minute video)? What about watching fellow BA chef Molly Baz look like she’s being held hostage and forced to try one of everything from a Brooklyn deli? A year ago, I would have said no, and yet I consistently watch these every time a new one is uploaded. If someone can figure out why, please, I’m begging you, tell me. Until then, I’ll be anxiously awaiting the next video, desperate to see Delaney eat something like 45 different kinds of cheese curds and scream at the camera. – Dillon Mitchell