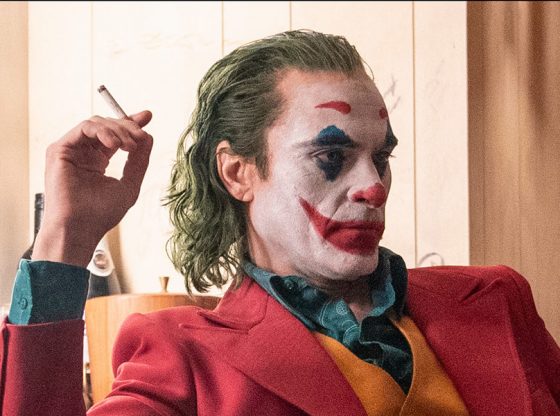 Joker—One of 2019’s biggest successes at the box office, grossing over $1 billion worldwide against a budget of less than $70 million—has become the second film based on a comic book property to be nominated for Best Picture, following Black Panther’s nomination last year. It also garnered more nominations than any other single film (11 in total), including Best Director for Todd Phillips and Best Actor for Joaquin Phoenix. Despite critical discourse that largely dismissed the film for its violent content since the film won the Venice International Film Festival’s top prize in early September, moviegoers and Academy voters alike clearly loved it. Moreover, there may be a trend forming of prestige comic book films being celebrated at a level they have historically been denied – whether there will be a Black Panther or Joker every year remains to be seen, but the comic book film industry is booming, and that has offered an opportunity to filmmakers looking to make new, exciting films within it.

Once Upon a Time … in Hollywood, The Irishman, and 1917 received 10 nominations each including Best Picture, and in many ways they represent classic “Oscar-bait” categories: the movie about Hollywood, the gangster flick (directed by none other than Martin Scorsese, who earned a Best Director nod), and the war film. The de-aging technology central to The Irishman’s making and 1917’s one-take style offer more for voters to mull over.

Other Best Picture nominees include Greta Gerwig’s updated take on Little Women and Noah Baumbach’s Marriage Story, as well as Ford v Ferrari, Parasite, and Jojo Rabbit. The final two films are perhaps the most interesting to be nominated: the former, from South Korean filmmaker Bong Joon-ho, has been cleaning up at international film awards since it won the Palme d’Or at the Cannes Film Festival in May. Only 12 foreign language films have been nominated for Best Picture, and if it were to win, it would be the first. It was also nominated for Best Director and Best Editing, usually two signs that it could be a serious contender.

Jojo Rabbit continues a nearly decade-long trend in Oscar nominations: since 2012, the winner of the People’s Choice Awards at the Toronto International Film Festival has been nominated for Best Picture. Last year, Green Book won both awards. Director Taika Waititi (best known for Thor: Ragnarok and his vampire mockumentary What We Do in the Shadows) also received a nomination for Outstanding Directing at the Director’s Guild of America Awards. The film’s nomination for Best Editing signals that the film may have a good shot at winning, despite a relatively lackluster box office performance.

To be sure, there were few major surprises in Oscar nominations this year. Jarin Blaschke was nominated for his cinematography on The Lighthouse, a small-budget horror-thriller released over the summer. That was surely welcomed by its distributor A24, whose major awards push this year, Uncut Gems, came away with nothing (justice for Adam Sandler, please). Kathy Bates earning a nomination for Best Actress in a Supporting Role for her work in Clint Eastwood’s Richard Jewell was perhaps unexpected (especially for all of the Hustlers fans calling for a Jennifer Lopez nomination), but not unearned. And Frozen II missing out on a Best Animated Feature nomination is somewhat bewildering given that it’s already the highest grossing animated film of all time, but Disney is still going to win the award for Toy Story 4, so don’t worry too much about them. Still, these nominations came with more a thud than a splash – we’ll have to wait to see if the awards themselves mirror that. Meanwhile, keep an eye out for the much more prestigious Playback Awards, coming soon.

2019 TV Roundup Day 5: Network Programming vs. Web Series
This Is Not a Puzzle: The MIT Mystery Hunt